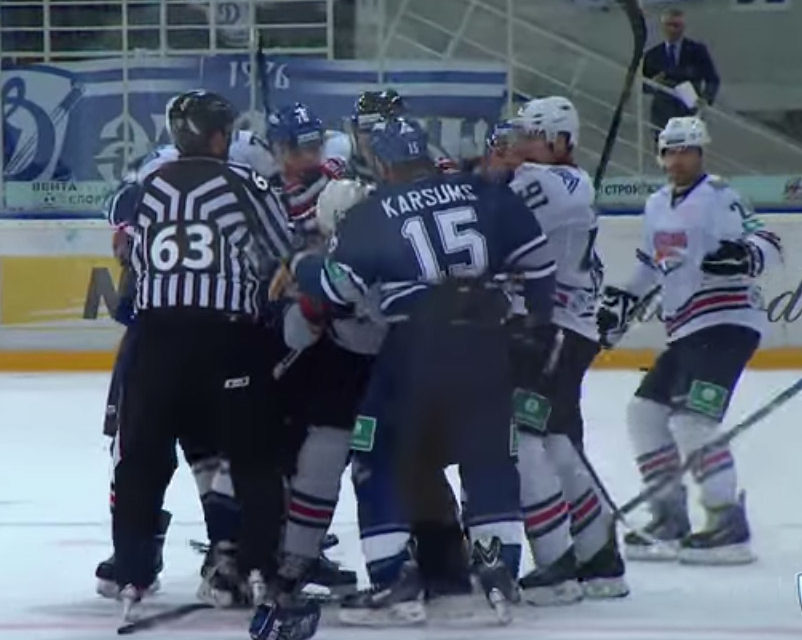 After some controversial calls – and non-calls – the KHL is stepping up to defend its on-ice officials. After conducting reviews of some of the latest issues, the league has issued a formal response. 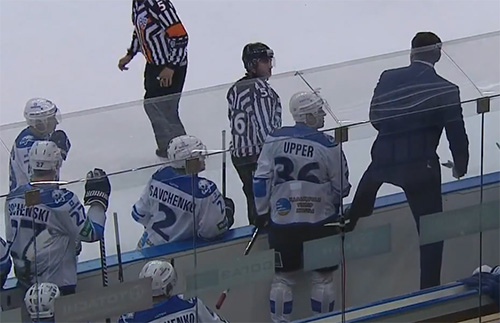 Barys Astana Head Coach Andrei Nazarov was ejected late in his team’s 3-2 loss to Admiral Vladivostok. His actions earned him a six game suspension. Some, though, were critical of the referee’s role in getting him to that point.

At the time of Nazarov’s ejection, Barys had been called for nine penalties, with just one to Admiral. Vladivostok was about to go on their seventh straight powerplay. Obviously, while it doesn’t excuse Nazarov’s actions, it does provide a bit of context as to why his frustrations boiled over at that point.

In defense of Mr. Nazarov, some of the Barys staff highlighted the significant difference in penalty minutes earned by the two teams, and more specifically, claimed that the last-minute penalty decision was preceded by seven consecutive minor penalties against Barys players in the second half of the game. In fact, after the 28th-minute penalty shot awarded against the home team, the referee handed out not seven, but five two-minute penalties against the visitors, and the Commission has studied each one and maintains that all five were justly awarded.

Fair enough. There was a penalty shot awarded in there to Barys, which was not converted, but as far as actual power plays go, it was seven straight for Admiral. That said, they did all appear to be legitimate penalty calls.

The Commission also studied the episode resulting in the referee’s call of too many players on the ice. Rule 411, governing the change of skaters or goaltenders during play, states that the exchange may take place at any time, “provided that the changing players and goalkeepers are within an unmarked area bounded by the length of the respective players’ bench and 1.5 meters from the boards.”

With regard to the episode in question, a clear violation occurred, as when the sixth skater entered the playing area the goaltender did not approach the bench, but was skating back toward the goal at the time. The linesman signaled the offense and the referee’s decision was entirely in accordance with the Rules.

It’s nice to see the league support the on-ice crew, particularly referee Sergei Karabanov (#5), who made the too-many-men call and ultimately ejected Nazarov.

If you’re going to question a KHL ref, you might want to pick someone other than Karabonov. The league’s elder statesman in stripes, Karabanov, 50, is in his final season as an on-ice official. He’s seen quite a few penalties, and certainly counted his share of players on the ice, during his time in the KHL.

Yahoo’s Puck Daddy called it a clean hit, which it clearly was. Referees Alexei Belov (#25) made the right call by not assessing a penalty on the play. (As far as the penalties that came from the scrum that followed the hit, well, that’s a different story. Magnitogorsk’s Sergei Tereschenko picked up a roughing minor for jumping Karsums. Karsums picked up a matching minor, presumably for roughing up Tereschenko’s fists with his face.)

In the Dynamo vs. Metallurg game, the Commission investigated the two episodes which resulted in injuries to the Magnitogorsk players, Tim Brent and Sergei Mozyakin. The Commission discerned no illegal play in the challenge on Tim Brent by Nikolai Zherdev or in the hit on Sergei Mozyakin by Martins Karsums. The Commission notes that Mozyakin’s injuries were caused by his colliding with the boards, and from a refereeing perspective this must be regarded as an unfortunate accident.

Mozyakin’s injured. So is Brent. Mozyakin traveled with the team, though he was out of the lineup due to the leg injury suffered when he crashed awkwardly into the boards after the hit from Karsums. Brent’s return may take a bit longer.

In any case, it’s great to see the league supporting its on-ice officials publicly, as they’ve done here. It’s always nice to know your boss has your back. 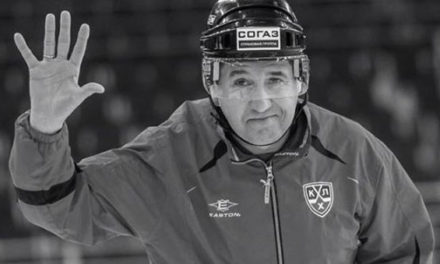 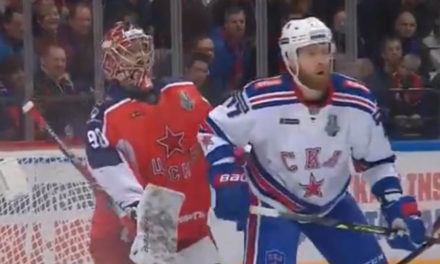 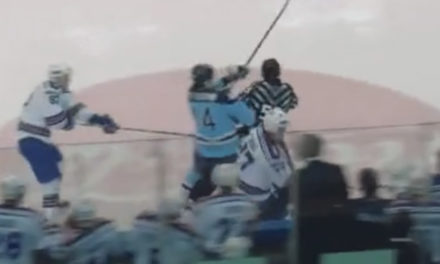 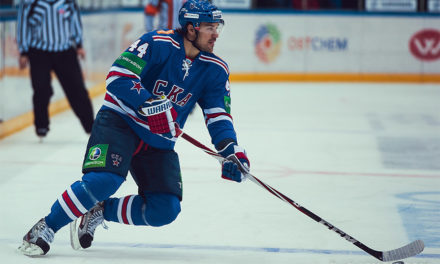