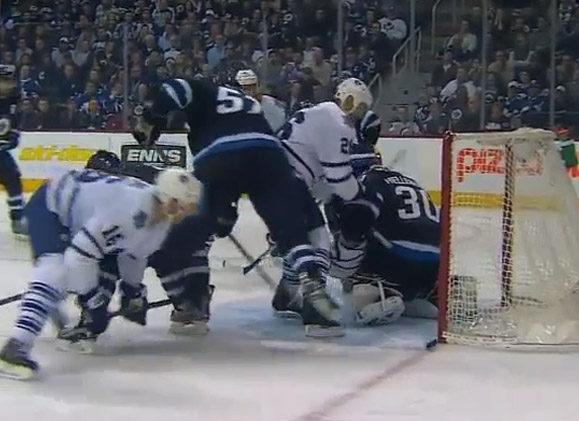 Leafs’ blueliner Nick Spaling appeared to make it a 4-2 game, but the Jets felt their goaltender had been interfered with on the play.  Winnipeg head coach Paul Maurice politely informed the officials. Referees Rob Martell and Brian Pochmara huddled around their mini tablet.

After a few minutes of watching and deliberating, the call on the ice was overturned.  No goal.

After reviewing all available replays and consulting with NHL Hockey Operations staff, the Referee determined that Toronto’s Daniel Winnik interfered with [Jets goaltender Connor] Hellebuyck before the puck crossed the goal line.

According to Rule 78.7, “The standard for overturning the call in the event of a ‘GOAL’ call on the ice is that the Referee, after reviewing any and all available replays and consulting with the Toronto Video Room, determines that the goal should have been disallowed due to ‘Interference on the Goalkeeper,’ as described in Rules 69.1 and 69.3.”

The officials clearly saw Winnik get pushed into Hellebuyck by Winnipeg’s Tyler Myers. Their decision was likely based on what happened next.  From Rule 69.1:

Winnik did not appear to make any effort to avoid contact with the goaltender, nor did he look to vacate the crease after the push.

If, after any contact by a goalkeeper who is attempting to establish position in his goal crease, the attacking player does not immediately vacate his current position in the goal crease (i.e. give ground to the goalkeeper), and a goal is scored, the goal will be disallowed.

Winnik’s stick also appeared to get caught under Hellebuyck’s arm, which may have contributed to the interference call.

A coach’s challenge can only be used to overturn or confirm a goal. Any penalties identified through the course of the review – like a possible minor for goaltender interference – cannot be called as a result of video review or a coach’s challenge.

Toronto lost their goal – they would not score another – and the game by a final score of 6-1. 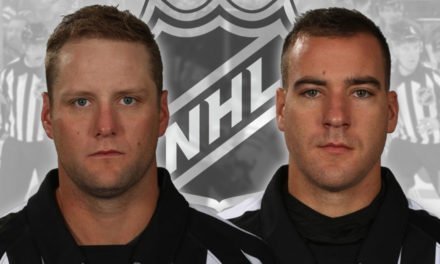 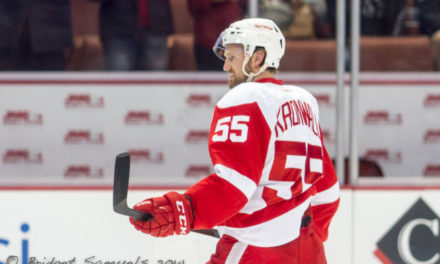 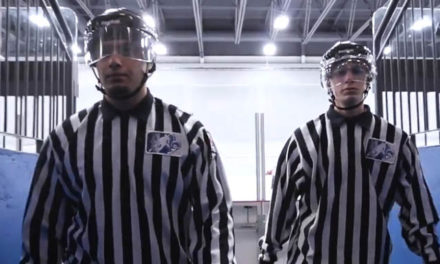 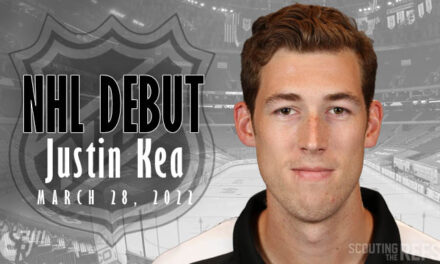