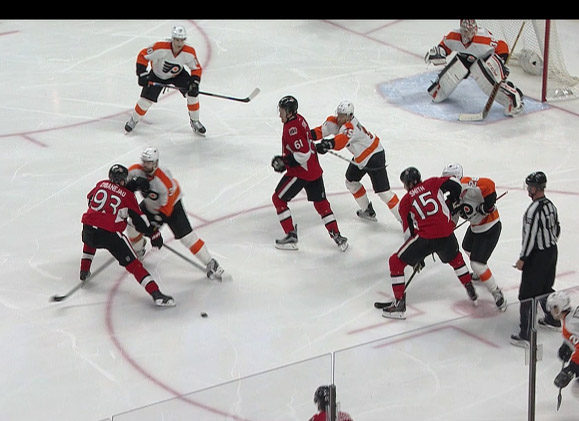 Philadelphia Flyers defenseman Radko Gudas leads the NHL with 117 hits. This one, though, was over the line.

Gudas has been suspended three games for an illegal check to the head of Ottawa Senators forward Mika Zibanejad.

Zibanejad to the locker room after this hit pic.twitter.com/boaupGEHaz

The hit came in the third period of Tuesday’s game between the Flyers and Senators.  Gudas was not penalized on the play. Zibanejad was injured and did not return to the game; he’s currently listed as ‘day-to-day.’

The NHL Department of Player Safety handed down their ruling, stating in part:

“Gudas lunges upward from a crouched position, raising his forearm and delivering a blow to the head of Zibanejad, dropping him to the ice. This is an illegal check to the head.”

“By lunging upward and delivering the blow with his extended forearm instead of his shoulder or chest, Gudas makes the head the main point of contact on a hit where the head was avoidable.”

While Gudas has never been fined or suspended, he was reportedly warned about his physical play.

Gudas had a warning in FLA prior to coming to the Flyers. But how this hit is worse than Rinaldo hit on Couturier is mindboggling 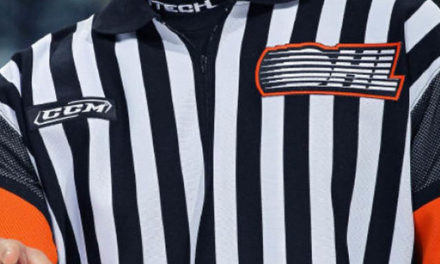 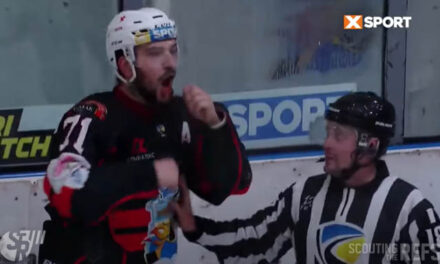 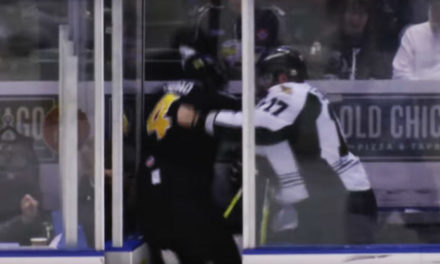 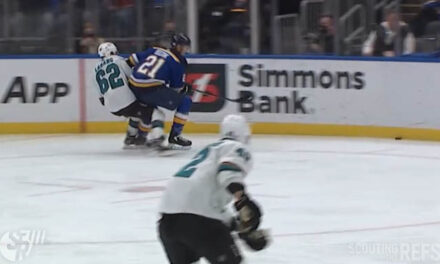