Brad Marchand has always looked for ways to get under his opponents’ skin. Often, he’s been sneaky about it, finding ways to irritate opponents while avoiding the watchful eye of the officials.

In Game 3 of the Bruins’ playoff series against the Columbus Blue Jackets, Marchand went back to basics.

Nope, Marchand went with the good ol’ punch to the head.

Marchand’s punch came in the final minute of Game 3, with the frustrated Bruins trailing 2-1.  Carolina’s Scott Harrington was on his knees, facing away from Marchand.  There was no call made on the ice by the officials, who were separating players during a scrum in front of the net. Marchand took that opportunity to get away with a cheapshot.

And get away with it he did.  No call on ice.  No supplemental discipline forthcoming.

#NHL has reviewed #NHLBruins Brad Marchand incident at final buzzer on Tuesday. Expectation is that no supplemental discipline is coming from the league. #CBJ

Some have said ‘it’s playoff hockey,’ dismissing the punch.  Sure, it wasn’t the most dangerous contact in the game, but it was the most unnecessary.  The punch – to the back of an opponent’s head – came during a stoppage in play.  There’s nothing ‘hockey’ about that play.

The NHL’s Department of Player Safety is unlikely to hand out a suspension for the offense, especially with the premium placed on playoff games.  Perhaps, in the regular season, they’d consider sending a message by way of a one-game ban – especially for a player with a history of questionable incidents.  Marchand has been suspended six times in his NHL career, most recently five games for elbowing last January.

This time of year, expect nothing more than a fine, if anything at all.  Even if Marchand deserves more.

TSN’s Mike Johnson thinks that this move might come back to haunt Marchand.

“Referees have a long memory,” said Johnson. “They can watch video. They can realize what Brad Marchand was doing. It was so ridiculous. He’s not going to injure him.  He’s watching the refs. When can I get away with it.  I’m going to pop a guy in the back of the head completely unrelated to the play.   Ideally, it’s a penalty there and the game’s over. It hurts Boston. Since that didn’t happen, where this hurts him [is] next game, he gets in a scrum – little push and shove – and maybe he’s the only guy that gets called because the referees say ‘I remember what you did.  I remember the cheap shot. Yeah, we didn’t catch it last game, but I got you tonight. I’m not taking both of you, I’m taking you alone. I’m hurting you and your team for being ridiculous.”

“Marchie’s a competitive guy. I think that narrative gets out there,” Cassidy said. “Marchie had no penalty minutes in the playoffs before [Saturday] night. None. Zero. Leading scorer on our team. All of a sudden I’ve got people in the NHL [saying] ‘keep an eye on him.’ What are you talking about? Why are you going down this road on a guy that’s kept his nose clean?”

While Marchand may have had zero penalty minutes through Saturday — now four through ten postseason games, it’s a different stat that should be concerning for Boston.  Marchand has been scoreless in his last four, including Game 7 against the Leafs. He has yet to register a point in the second round series against the Blue Jackets.

Marchand’s 96 penalty minutes in the regular season were a career high, as were his 100 points.  He’d be wise to focus on the latter.

The NHL’s Department of Player Safety would be equally wise to keep an eye on Marchand.

The referees certainly will. 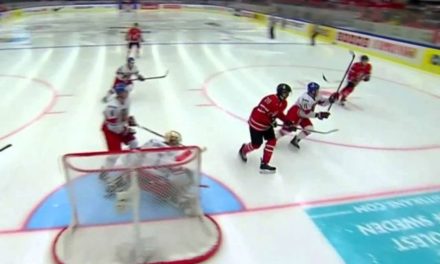 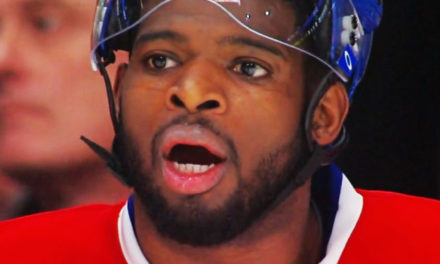 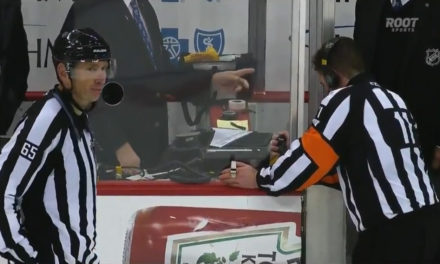