Referee Jon McIsaac Made Many Stops on Road to NHL

From the Chronicle Herald’s Dan Robertson:

Fort Collins, Colorado. Rapid City, South Dakota. Wichita, Kansas. Odessa, Texas. Those are just a few of the cities where Truro’s Jon McIsaac has refereed on his road to the National Hockey League.

Now in his second season as a full-time NHL referee, the 34-year-old has paid his dues after a concussion at age 15 put an end to his playing days while a member of the Brookfield Junior B Elks.

“My brother was into officiating and I worked with him in my first year doing atom and pee wee games,” says McIsaac. “The next year I was doing junior B and junior A games and then it was on to things like the world under 17s and the Canada Games.”

When he made his way to the QMJHL, he was a linesman for two years before making the change to referee in that league for three years, which was just fine with him.

“Basically someone tells you you’re going to be a referee. I was always kind of uncomfortable on the lines,” he says. “It didn’t feel right. I see the game better as a referee than I did as a linesman. Those guys make tough calls every single play but for the most part every play is black and white. I’m not a black and white official so for me, refereeing came more naturally.

“All the really successful officials really have their finger on the pulse of the game. Sometimes a penalty happens and maybe it’s not the right time to call it in a 6-2 or 7-2 game. You can just maybe turn your head at that point in the game. I like being able to make decisions like that.”

McIsaac thinks his time as a golf pro in Truro helped him when he became a referee.

About 10 years ago, McIsaac made a pivotal decision at the suggestion of NHL officiating director Charlie Banfield. At age 24, he moved to Corpus Christi, Texas, to work in the now-defunct Central Hockey League.

He worked games between teams like the Rio Grande Valley Killer Bees and the Arizona Sun Dogs.

“I decided that was the path I wanted to take. It showed that I was dedicated to the profession. It was a big step. To move there not knowing anyone to get the experience was definitely the best thing for my career.”

While on an AHL/NHL contract for four years, McIsaac worked his first NHL game in Philadelphia on Nov. 21, 2013 between the Flyers and the Buffalo Sabres.

“That game was more overwhelming than anything. I don’t remember much of it to be honest.” he said. “Being here is awesome but once you get here you’re just like a player. You want to lift the Stanley Cup, so to speak. I want to work the playoffs first and then be lucky enough to work a final.”

As one of only 34 full-time NHL referees, McIsaac is in select company. The NHL officiating community (it includes one of McIsaac’s best friends, Antigonish-born linesman Matt MacPherson) is small but tight.

“Our boss Stephen Walkom gives us a lot of support and definitely among our group there is support. You’re competing against each other but cheering for your brothers to do well all the time, too.”

Originally published in the Chronicle Herald on March 5, 2018 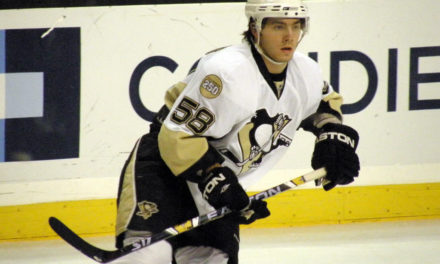 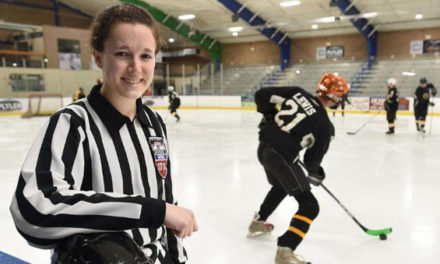