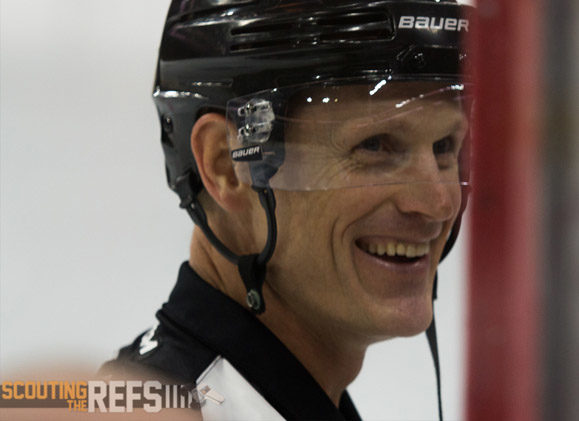 Referee Dan O’Rourke will be honored for working his 1,000th NHL game prior to Wednesday night’s game between the Vegas Golden Knights and Anaheim Ducks.  He’ll be joined on the ice for this milestone game by fellow referee Chris Lee and linesmen Brian Mach and Greg Devorski.   O’Rourke was on the ice for Mach’s 100th game; Mach worked one of the last games O’Rourke played in the ECHL, and when O’Rourke first started as an NHL linesman, he and Mach worked some of their first games together.

The Calgary native made his NHL debut as a linesman on October 2, 1999. He later picked up the armbands, transitioning to a referee as the NHL switched to the two-referee system full-time.

Before becoming a official, O’Rourke spent time in the ECHL, suiting up for the Erie Panthers and Louisiana Ice Gators, where he picked up penalties instead of calling them.

O’Rourke, a Calgary Alberta native played professional hockey until the age of 26. The former left wing played three full seasons in the Western Hockey League (WHL) from 1990 to 1993. He scored 8 goals and 20 assists in a total of 114 WHL games but was more known for his physical play ranking up a total of 438 penalty minutes over his three seasons in the Juniors. O’Rourke began his professional career in the East Coast Hockey League (ECHL) with the Erie Panthers registering 30 points (9G-21A) and 296 penalty minutes in 64 games during his first season. He would spend the following season (1994-95) in the Central Hockey League (CHL), playing for the Tulsa Oilers. He returned to the ECHL in 1995-96 with the now defunct Louisiana Ice Gators where he would spend his final two seasons as a player. In his final year, he also appeared in two International Hockey League (IHL) games, playing one with the Detroit Vipers and one with the Houston Aeros.

Now that his playing years were over, O’Rourke traded his stick for a whistle and attended the Ontario Hockey Association Officials Camp. His great skating abilities, extensive knowledge of the game and also his strong personality got him to be hired by the ECHL as a linesman for the 1997-98 season. His on-ice performance as a linesman were quickly recognized by the ECHL officiating department as O’Rourke was selected to work the prestigious Kelly Cup Finals in his second season only.

That same summer (1999), The National Hockey League offered him a minor league linesman contract (40/40). He would go on and work 54 NHL games and 26 AHL games during his first year under an NHL minor league contract. That same year he was also selected to work the lines in the AHL Calder Cup Finals. O’Rourke was then promoted to a full time NHL linesman status in the summer of 2000. Because of the two referees system being adopted by the NHL for all of its games around that era, there was a shortage in quality referees coming up in the different minor leagues in North America as most of them had already being hired by the NHL.

O’Rourke then decided after his first full time NHL linesman season that he would rather be a referee than a linesman and decided give it a try! The NHL and the NHLOA had a program then to encourage some linesmen to make the switch to the referee profession, they would go back in the AHL as referee under a minor league referee contract but would have the option of taking their NHL linesman job back after 4 years if the transition wasn’t successful. O’Rourke would not end up taking this last option, he would spend a total of 4 seasons as a minor league referee working primary the AHL and his share of NHL games. He was selected to work the Calder Cup Finals in each of his last three seasons in the minors. He was promoted as a full-time NHL referee in the summer of 2005. He would have been promoted a year earlier but because of the NHL lock-out that saw the entire 2004-05 season being canceled, he decided to stay in the minors to work while a peaceful resolution was found between the NHL and its players. Dan is married to his wife April and now calls home Atlanta, GA. He has two children; Austin and Gracie.

Congratulations to Dan O’Rourke on a terrific NHL career as he passes the 1000-game mark! 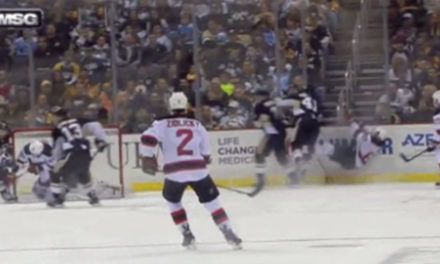 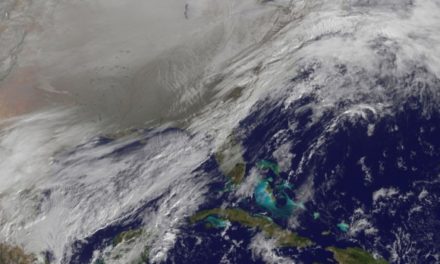 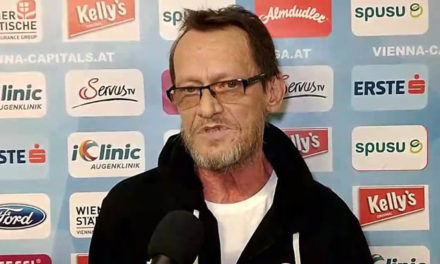 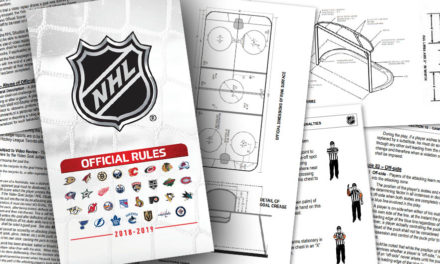