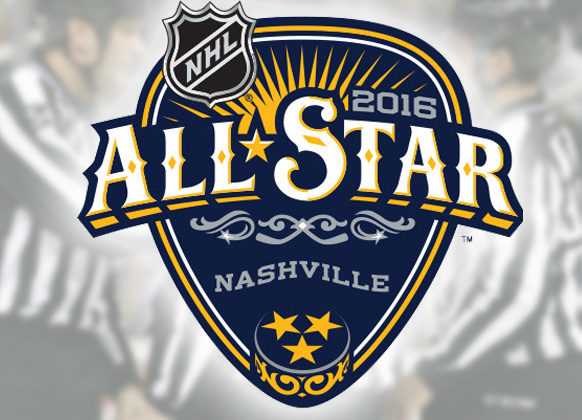 The stage is set. The venue is ready, as are the players — who’ll be outfitted in black and white (Nice color choices, by the way).  We’ve even got the celebrity coaches.  Now all we need are the officials.

Referees Ian Walsh and Dan O’Rourke have been selected to officiate the 2016 NHL All-Star Game in Nashville with linesmen Vaughan Rody and Jonny Murray.

Walsh, 43, a Philadelphia native, worked his first game on October 14, 2000. He’s since worked 887 regular season games along with 16 playoff games. Walsh made the postseason four consecutive seasons from 2009-2012.

Rody, 46, battled back from an injury to resume his NHL career.  The Winnipeg native returned from a year-long absence in February after recovering from spinal surgery, suiting up for just 25 games last year.  The 15-year veteran hit the ice healthy this fall, working to bring his career total to 912 regular season games and 23 playoff appearances.

Murray, 41, who hails from Beauport, Quebec, made his NHL debut in 2000, working a game between the Dallas Stars and Ottawa Senators.  He’s seen 957 games of regular season action along with 39 playoff games. Murray worked the 2012 Stanley Cup Final and handled the Conference Finals in 2011, 2013, and 2014.  Like Rody, he’s also overcome injury.  Murray was sidelined with a herniated disc and missed the entire 2014-15 season. (Let’s just hope his jersey makes it to Nashville.)

Congratulations to the officials selected to work the 2016 NHL All Star Game! 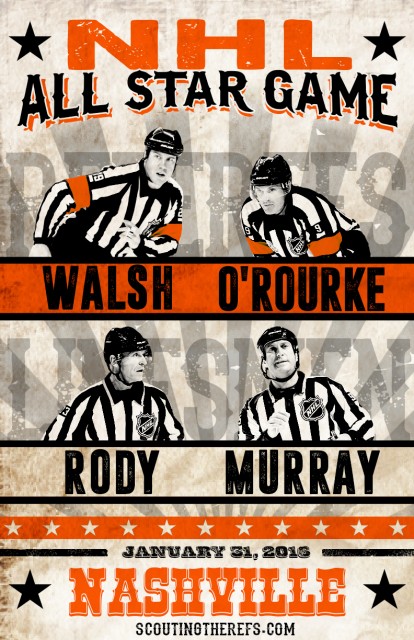 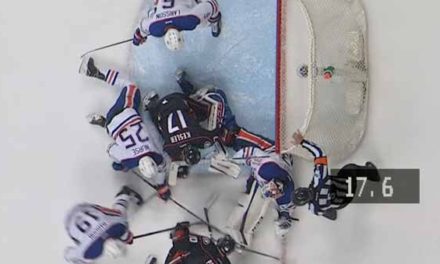 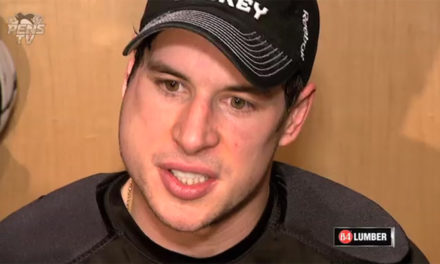 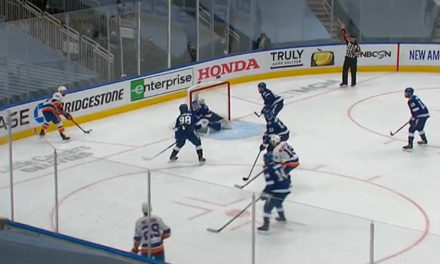 Delayed Penalty for 85 Seconds at Isles vs. Lightning