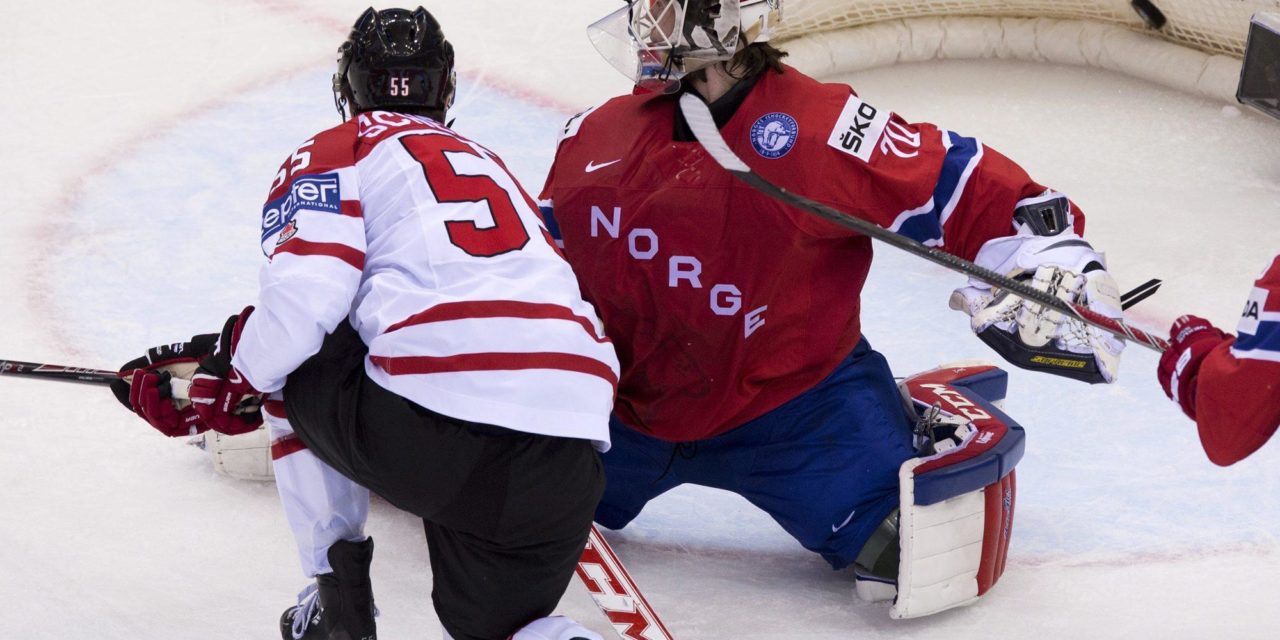 The first happened on Monday night with Latvia facing the tournament hosts, Belarus.  Latvia was trailing by one goal late in the game.  Pressuring the Byelorussians, they finally put the puck past goaltender Kevin Lalande to tie the game at two…  or so they thought.

The officials disagreed, waving off the goal immediately due to goaltender interference.   Gints Meija, taking a spot at the top of the crease, had apparently interfered with the netminder.  Watch closely and you’ll see his skate edge into the blue paint right before the shot comes in.

Latvia vs. Belarus (via @myregularface)

Latvia vs. Belarus (via @myregularface)

Latvian coach Ted Nolan mad at ref for not reviewing disallowed goal. "It seemed like he wanted to go to the bar afterwards."

Nolan said referee must be "the most popular man in Belarus … They might even name a street after him."

For the record, referees for that game were Antonin Jeřábek (CZE) and Keith Kaval (USA). Jeřábek was the one who waved off the goal.

Canada vs. Norway (via @myregularface)

“I didn’t think my skate was in the crease. I guess it was the stick,” Huberdeau said to the CBC. “I don’t know the call, but it was the call and you can’t do anything. It’s not a big deal.”

Canada overcame the call and went on to win the game.  Referees were Daniel Piechaczek (GER) and Maxim Sidorenko (BLR).

After two goals that appeared to have been good goals, we come to the Czechs vs. Denmark.   This is the other side of the coin — a goal that counted, but shouldn’t have.  Czech goaltender Alexander Salak was most certainly interfered with on this goal as Jannik Hansen drove to the net and right into the crease.

Czech Republic vs. Denmark (via @myregularface)

No whistle.  No penalty.  The goal was allowed to stand in what would ultimately be a 4-3 shootout win for Team Denmark.

Internaional hockey, as we all saw during the Olympics, is played under a different rulebook.  While most of the game is the same, there are certain nuances that differ between the NHL and IIHF.  One is around the goaltender interference rule itself and how it’s interpreted on the ice.

“[Goaltender interference has] happened a few times: we’ve been bumped and the puck goes in that didn’t get called and now the goalie’s not interfered with at all and it’s getting called,” Team Canada goaltender James Reimer said in The Province. “I think there’s just a little bit of confusion among the players right now. We’re not quite sure what the rule is or what’s getting called.”

Here’s the official rule from the IIHF Rulebook:

Rule 470.7 – A goal shall be allowed […] if an attacking player being in the goal crease at the moment the puck crosses a goal line and in NO WAY affect the goalkeeper’s ability to make a save, unless the cases describing in Rule 471.

The referees also have the ability to blow the play dead on any crease violations:

Rule 534: Interference –  If an attacking player stands in the goal crease, without interfering with the goalkeeper,the Referee shall stop the play and the ensuing face-off shall take place at the nearest face-off spot in the neutral zone.

It’ll be interesting to see it the standard of play changes as we move into the elimination round.   Will those interference calls – a violation by the letter of the law but without any actual ‘interference’ – rear their ugly heads as teams get into the one-and-dones?  They’ve already cost the Latvians a shot.   Who’s next? 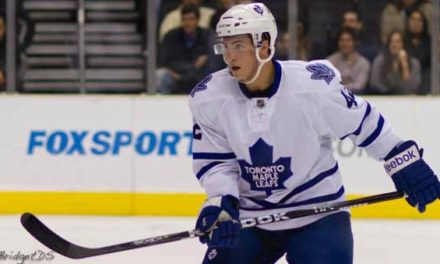 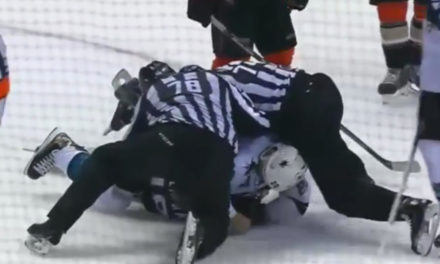 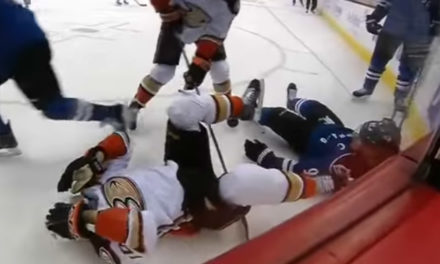