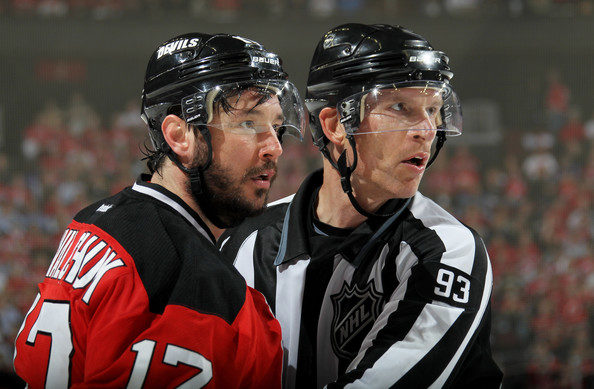 Congrats to NHL linesman Brian Murphy, who recently hit a major career milestone. On December 7, Murphy suited up for the Winnipeg Jets’ visit to Tampa to play the Lightning.

That game marked the 1,500th appearance of Murphy’s NHL career.

You may not have noticed him out there.  That’s just fine with Murphy.   “You’re not out there to be noticed,” Murphy told the New York Times back in 2009. “No one at the end of the day is going to tell you that you did a good job.” 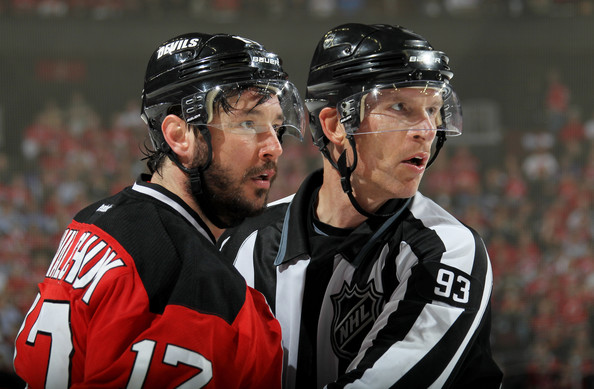 Murphy joined the NHL in 1988.  His first game in stripes was October 7, 1988 – Penguins at Capitals. (In case you’re wondering, Randy Cunneyworth (2g, 1a) led the Pens to a 6-4 victory.  All of the players in that game – which included Lemieux, Coffey, Gartner, Scott Stevens, and goaltender Clint Malarchuk – have long since retired.)

The 47-year-old Murphy is a native of Dover, New Hampshire. 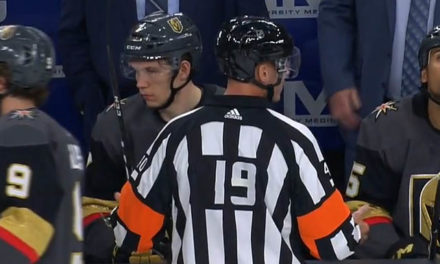 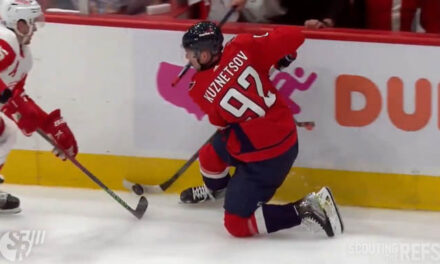 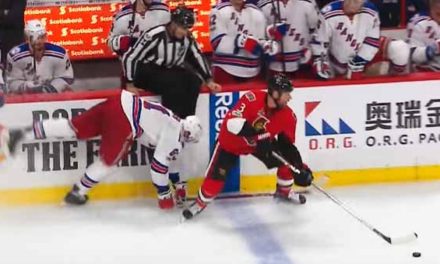