Carolina Hurricanes head coach Rod Brind’Amour was fined $25,000 for inappropriate conduct during a November 28 game against the Washington Capitals.

With the Hurricanes already shorthanded on a holding penalty to Seth Jarvis, referee Brandon Blandina called Carolina’s Sebastien Aho for a slash that broke the stick of Washington’s Aliaksei Protas. The Capitals would have a two-man advantage for 1:30, late in a tie game. Brindy wasn’t having it.

The Canes’ bench boss barked at referee Dan O’Rourke, questioning inconsistencies in the officiating.  Brind’Amour was reportedly frustrated with earlier non-calls, including a similar slash by the Capitals that went unpenalized.

I’m told this is the “inappropriate conduct” for which #Canes coach Rod Brind’Amour was fined $25,000 today by #NHL. @DailyFaceoff pic.twitter.com/NKhghyGScz

The Hurricanes killed off the 5-on-3, only to have the Capitals score moments later with the remaining man advantage, en route to a 4-2 win.

After the game, Brind’Amour didn’t contest the slashing penalty, agreeing that it was the right call.

“It’s a tough way to end a game. It’s unfortunate,” said Brind’Amour. ” It was a great game and it ends like that. They kind of took it out of our hands, but it is what it is.”

Retired NHL referee Tim Peel weighed in on the situation.

“Man, have we gone soft,” opined Peel. “This was the norm when I was in the league. Don’t take the emotion out of the game and, by the way, Rod Brind’Amour has always been respectful of the officials.”

This is not Rod’s first shot at the referees.  He was fined $25,000 in 2020 for blasting the officials on a controversial goaltender interference call against the Bruins. He also ripped the refs after a 2021 playoff loss to Nashville; he was not fined for those remarks.

“What are you going to do? You know I can’t say anything now,” Brind’Amour said after being notified of his latest fine. “I took the job thinking you could be yourself, thinking you could tell you guys what I really feel in a game or about a game, and now you clearly can’t. So, there you go.”

Brind’Amour’s last fine was paid for by team owner Tom Dundon, who cut a check to the NHL for $25,017 – the extra $17 for Brind’Amour’s number as a player with the Canes. Not like the head coach would have any issued handling the fine, as his current contract pays him a reported $1.8 million per season.

The NHL issued a memo in October to all teams advising them that comments critical of the officiating, Situation Room decisions, or Player Safety rulings would be met with fines of $25,000 or more.

“We have already seen several instances of head coaches making unacceptable public comments critical of officiating and video replay decisions, as well as unprofessional conduct on the bench in response to penalty calls, non-calls and even icing calls.”

“All General Managers and coaches are hereby put on notice that, effective immediately, all such public comments and demeaning displays that are critical of officiating, video replay and supplemental discipline specifically, and, more generally the League and the game, will result in an automatic fine of not less than $25,000. Any subsequent violations during the 2021-22 Regular Season and Stanley Cup Playoffs will result in a doubling of the fine.”

Per Sportsnet’s Elliotte Friedman, the memo also included the recommendation that “if you do not like a call or a non-call, a video replay decision that did not go your team’s way or a supplemental discipline decision, you are free to say that you ‘saw it a different way’ or that you ‘disagree with the decision.’”

(a) Any official, player, or employee of a Member Club who […] makes any public statement that is critical of the League Officiating Staff shall be liable to a fine

(b) No Governor, Alternate Governor, or any non-playing employee of a Member Club shall make any public statement that in any manner states, implies, or suggests that (1) any member of the officiating staff has performed in an unacceptable manner or (2) the officiating in the League is less than acceptable. Violation of this Section 17.4(b) shall result in the following automatic penalties in addition to the penalties set forth in Section 17.4(a)

The league’s October memo was simply a reminder – one that also established the amounts for those fines.

Brind’Amour’s fine has simply reinforced that for the rest of the league. 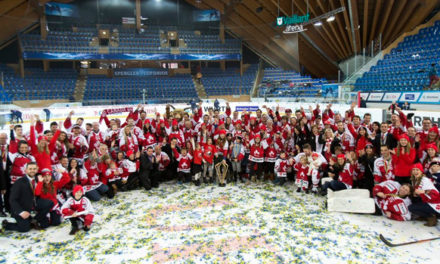 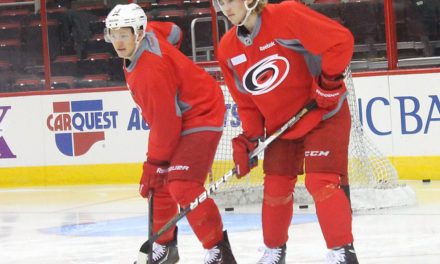 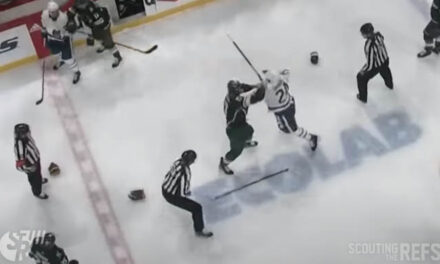 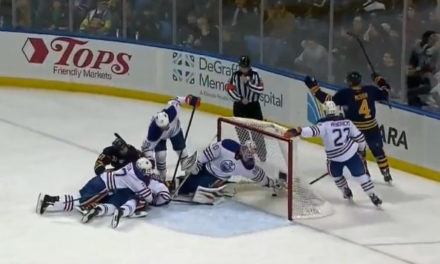 Dwyer Waves One Off in Buffalo