Boston Bruins head coach Bruce Cassidy has been fined $25,000 for comments made regarding the officiating in the Bruins’ Stanley Cup Playoff series against the New York Islanders.

Cassidy’s comments came following a 5-4 loss in Game 5 that put the Bruins down 3-2 in the best-of-seven.

Here’s what cost Cassidy the coin:

“I think what happens is we’re playing a team that has a very respected management and coaching staff. They won a Stanley Cup. I think they sell a narrative over there that it’s more like the New York Saints not the New York Islanders. They play hard and they play the right way. But I feel we’re the same way. The exact same calls that get called on us do not get called on them and I don’t know why.”

“These are very good officials. They’re at this point in the season for a reason. You’ve got continuous high sticks every game, the same high sticks – [Bergeron] from Nelson behind the net. That one that came up on Smith. [Marchand] was called for that in Game 1. I could go on and on. Maybe we need to sell them more, flop. But that’s not our style. You’d just hope they’d see them. The same calls go against us. It’s not like I’m saying every call against us sucks. At the end of the day, they’re similar plays and they need to be penalized on those plays. But like I said they’ve done a great job selling that narrative that they’re clean.”

“They play a hard brand of hockey. I love the way they play. But they commit as many infractions as we do. Trust me. It’s just a matter of [the officials] calling them.”

Boston was called for the first three penalties of Game 5.   Of course, the Bruins’ penalty kill – clicking along at 75% – hasn’t done much to bail them out.  The Islanders went 3-for-4 with the man advantage on Monday night.

The Bruins are averaging 10:00 in penalties per game this postseason, which puts them 7th among playoff teams and 4th out of the seven teams still active in the Stanley Cup Playoffs.  Vegas (9:21), Montreal (7:32), and the Islanders (7:00) are lower.   Only twice this playoffs has an opponent been penalized more than the Bruins – Game 1 against the Capitals and Game 4 against the Islanders.  Boston lost both games.

Penalty stats played out similarly during the regular season. The Bruins ranked 5th in the league (9:31 per game), while the Islanders were 29th (6:36).

“It’s like with Bergeron today,” said Cassidy. “He’s thrown out of what, the first two – three – four faceoffs he takes.”

“Have a little respect for Patrice Bergeron. He’s up for the Selke. He’s been a warrior in this league, a face of the franchise. He does everything right for hockey. Sells the game. That’s the way you treat him? C’mon. Because someone speaks out and says something all of a sudden.”

“[The referees] just need to be better than that. Just call the game that you see. Quit listening to these outside influences and get it done right. I don’t think they were great tonight. I’m not gonna lie to you. But they have been. They’re good officials. I know those two guys.”

“They’re good guys, good officials. I don’t know. Tonight I just thought they were off. He can say the same about us, but that’s what I thought. Let’s just play hockey and call the infractions that happen and we’ll see where it goes.”

Maybe Cassidy’s just trying to take the heat off his players.  Maybe he’s looking for a scapegoat.  Maybe he’s hoping to get the benefit of the doubt on a few calls in Game 6.

“Maybe Game 6 will be our day where we get the calls that go our way,,” Cassidy added. “Maybe not. I don’t know. I can’t look in the future.”

Whatever the case, with his team on the brink of elimination, it’s worth a shot. All it cost him was $25,000. 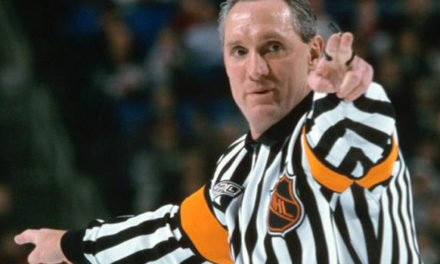 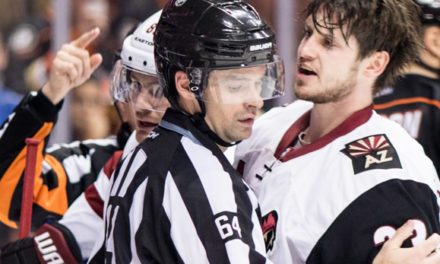 Penalties in the NHL All-Star Game 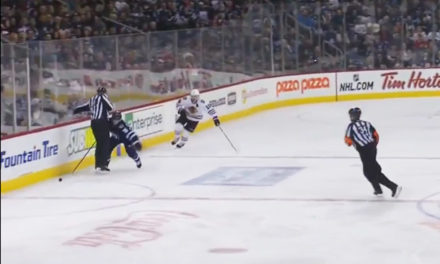