You can’t play with a broken stick.

Boston’s David Krejci got away with it. Edmonton’s Ryan Nugent-Hopkins was not so lucky.

Broken sticks are covered in Rule 10.3:

A broken stick is one which, in the opinion of the Referee, is unfit for normal play.

A player whose stick is broken may participate in the game provided he drops the broken stick. A minor penalty shall be imposed for an infraction of this rule.

Officials missed Krejci making a defensive play with a shattered shaft on January 31 against the Capitals, preventing winger Carl Hagelin from clearing the puck.  Boston scored moments later to tie the game at 3-3.

It’s possible the league’s officiating team caught this play after the fact and sent it around to the referees, just to ensure awareness.

In any case, the officials picked up on another broken stick play in Ottawa on Monday.

With Edmonton on the power play, Nugent-Hopkins attempted to play the puck along the boards, snapping his stick. He took a swipe at the puck, then – still holding the fractured twig – kicked at the puck.  Referee Graham Skilliter whistled the play down, evening things up at four-on-four.

The rule doesn’t specify that you have to attempt to play the puck with the stick, just that you can’t engage in the play while holding a broken one.  Clearly, Nugent-Hopkins did.  He grabbed a replacement stick and headed to the box to serve his time.

It was a strange game for Oilers penalties.  Aside from two fighting majors, the Oilers were only called for two penalties: the broken stick and Adam Larsson batting the puck over the glass in the neutral zone. 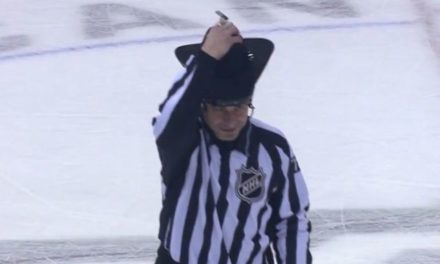 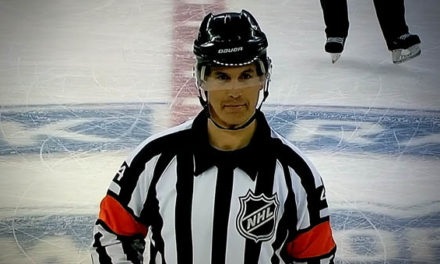 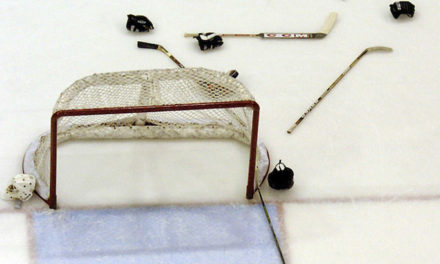 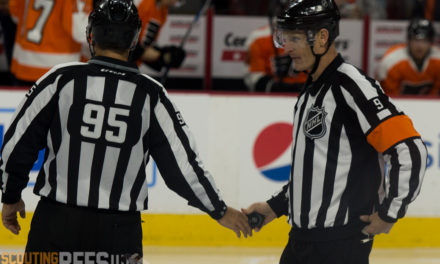