It only took one night of NHL action for a player to be called to the principal’s office.  Sammy Blais, have a seat.

The NHL Department of Player Safety has suspended St. Louis Blues forward Sammy Blais for two games for an illegal check to the head of Colorado Avalanche defenseman Devon Toews.

The hit came just 4:33 into Wednesday night’s game, on opening night of the 2020-21 NHL season.  Blais was given a minor penalty for elbowing on the play from referees Kyle Rehman and Trevor Hanson.

Blais … approaches Toews to deliver a hit.  Rather than delivering a hit through Toews’s core, Blais delivers a hit which makes the head the main point of contact on a hit where such head contact was avoidable.

It’s important to note that both elements of the Illegal Check to the Head rule are met here.  First, the head is the main point of contact on this hit. Blais’s shoulder makes direct contact with the jaw of Toews and makes very little contact with the rest of Toews’s body.  Second, the head contact on this hit was avoidable. Toews does not materially change the position of his head in a way that significantly contributes to the head being the main point of contact.

For reference, here’s Rule 48, which covers illegal checks to the head:

48.2 Minor Penalty – For violation of this rule, a minor penalty shall be assessed.

48.5 Match Penalty – The Referee, at his discretion, may assess a match penalty if, in his judgment, the player attempted to or deliberately injured his opponent with an illegal check to the head.

Blais had not previously been suspended nor fined by the NHL. 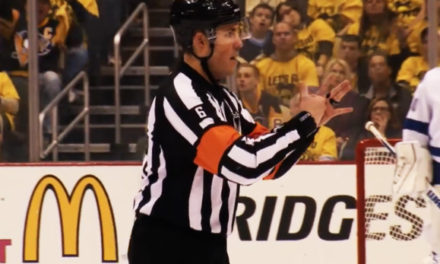 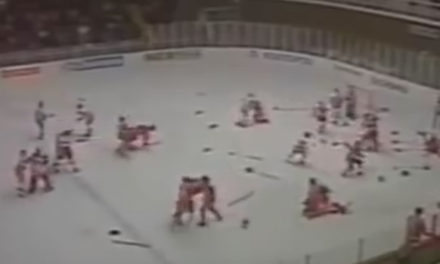 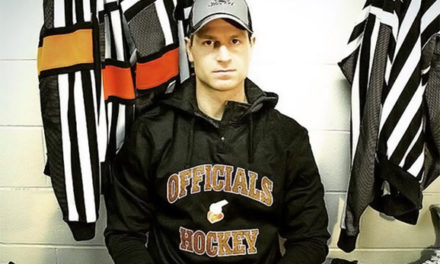