Remember when Brad Marchand was fined $10,000, the maximum amount permitted under the CBA, for tripping Detroit’s Niklas Kronwall?    How Marchand was a repeat offender, and that a $10,000 fine was peanuts to a guy making $5 million?

Marchand is at it again, leveling yet another player with yet another dangerous trip. This time, the Bruins winger targeted Lightning defenseman Anton Stralman on a very similar play.

Marchand’s last fine was for a “dangerous trip” according to the NHL’s Department of Player Safety, but it – like this play – could have easily been defined as a slew-foot, per rule 52:

Normally, we see the term ‘slew-foot’ applied to situations where there’s an upper body push accompanied by a lower body kick. According to that first part of the rule, it only requires use of the leg or foot, as Marchand did in both cases.

No penalty was called on the play. Slew-footing requires a match penalty.

Stralman was asked on whether there should have been a call.

“I can’t say,” said Stralman. “There’s contact and I fall. I can’t say if he did anything or not, but I’m not the puck holder. I’m out in the neutral zone, and I get hit from behind. That’s all I’ve got to say.”

Marchand deserved a suspension last week, but got away with a $10,000 fine. As a repeat offender, his fine maximum is now $15,000.  That shouldn’t matter.  The league shouldn’t even be considering another fine at this point.

It’s obvious that Marchand will never learn.  With four suspensions and three fines in the past six years, this leopard won’t change his spots.  Twice before he’s been punished for slew-footing, yet twice in a week he’s continued to do it.

For the benefit of – ahem – Player Safety, it’s imperative that the NHL’s Department of Player Safety suspends Marchand, if only to protect the teams playing against the Bruins over the next few days.  It’s just a matter of time until Marchand does it again.

The longer he stays off the ice, the longer that will be.

Hearing no discipline for Brad Marchand. Going towards puck, not seen as intentional like Kronwall play from last week. 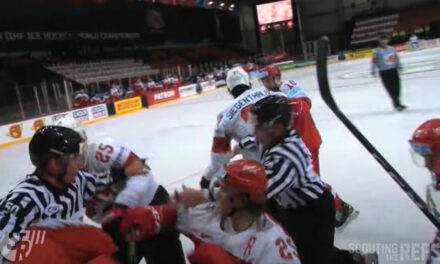 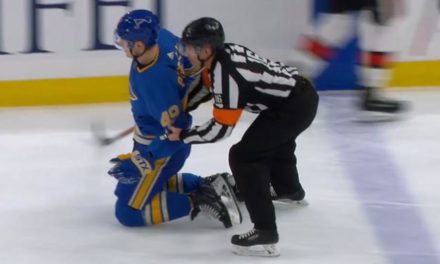 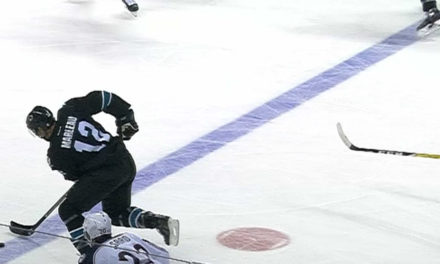 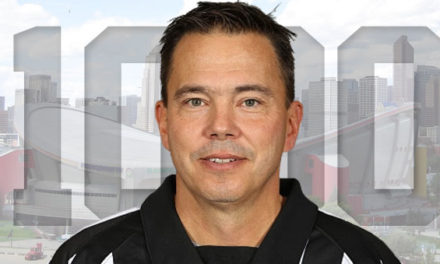