Wild’s Bickel Racks Up 39 PIM in Loss to Stars 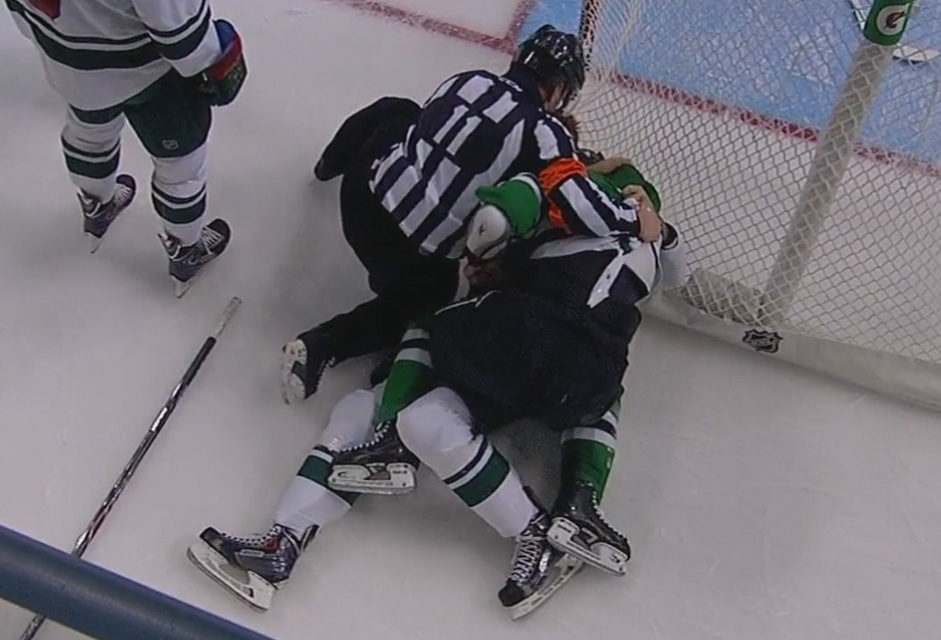 Coming into tonight’s tilt against the Dallas Stars, Minnesota Wild tough guy Stu Bickel has only found his way into eight games, with just one minor and one fight.  When your grasp on your roster spot is dependent on the grit you bring to the lineup, that’s not going to cut it.

Bickel went all out tonight. When the dust settled, he had amassed a whopping 37 penalty minutes in just 1:29 of ice time.

He eased into things with an unsportsmanlike conduct penalty at 5:03 of the third. Seven minutes later, he posted a career high.  Bickel picked up an instigator and five for fighting, along with 10 minutes for being the aggressor, a 10-minute misconduct, and a game misconduct.

From the NHL rulebook:

46.2 Aggressor – The aggressor in an altercation shall be the player who continues to throw punches in an attempt to inflict punishment on his opponent who is in a defenseless position or who is an unwilling combatant.

A player must be deemed the aggressor when he has clearly won the fight but he continues throwing and landing punches in a further attempt to inflict punishment and/or injury on his opponent who is no longer in a position to defend himself.

A player who is deemed to be the aggressor of an altercation shall be assessed a major penalty for fighting and a game misconduct.

A player who is deemed to be both the instigator and aggressor of an altercation shall be assessed an instigating minor penalty, a major penalty for fighting, a ten-minute misconduct (instigator) and a game misconduct penalty (aggressor).

The teams combined for 92 penalty minutes in the game – 10 in the first, 82 in the second, and none in the third. Apparently the teams had vented all their fury in the second period melee.

Bickel’s previous single-game high was 17 penalty minutes, posted against the Philadelphia Flyers when Bickel was a member of the New York Rangers.

Referees for the game were Kelly Sutherland and Justin St. Pierre. Tim Nowak and Mark Shewchyk worked the lines. 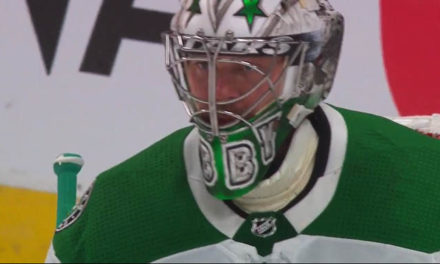 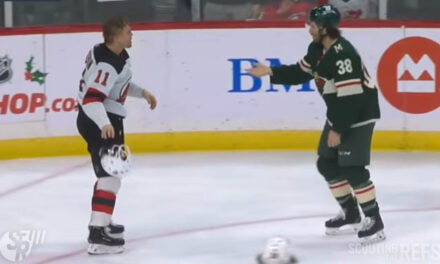 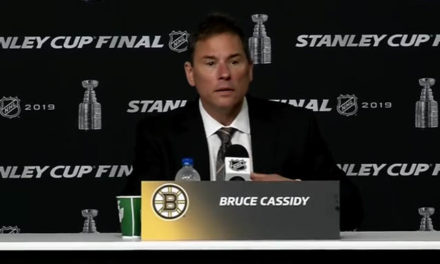 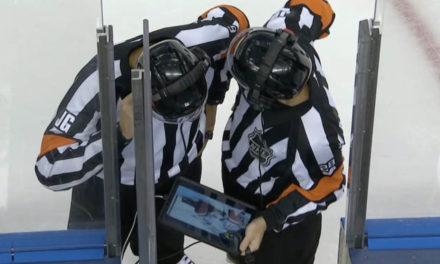