The last NHL official to be assigned #35 was referee Dean Warren, who last worked a game in 2008.  From time to time, though, that number still shows up on the back of a referee’s jersey.  Why? 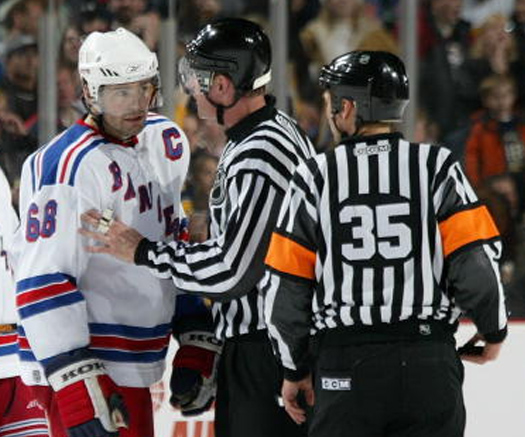 That’s a funny question. No referee is #35, yet any referee can be #35. You could even have a #35 working every game on an NHL schedule.  It’s not assigned to any individual, but on any given night, any individual might be wearing it.

Each NHL arena has a #35 referee’s jersey and a #85 linesman’s jersey on standby.  These come in handy from time to time.

Perhaps an official’s jersey is in a checked bag that the airline misrouted — remember, these guys fly commercial.

Maybe an official’s regular jersey was damaged or blood-stained during the course of the game.

The team trainers can work with the officials to help replace or repair any of their equipment, but they might be stuck without a new jersey on site, ready to go. They might not even be wearing their own skates.  Linesman Jonny Murray worked a Bruins game wearing a borrowed pair of Patrice Bergeron’s skates. 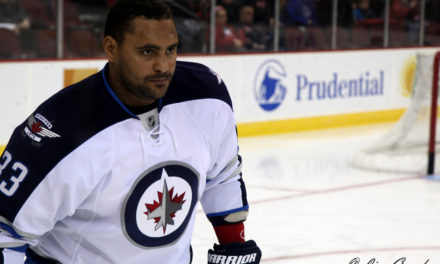 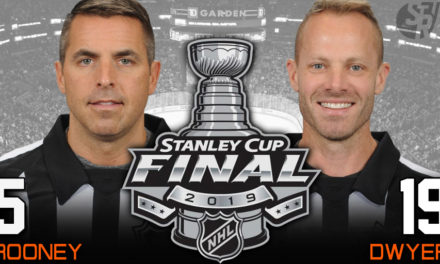 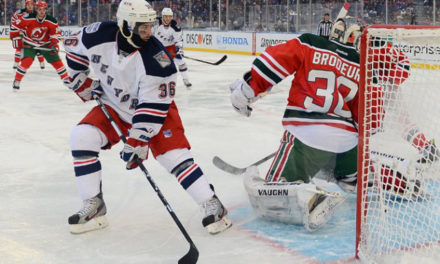