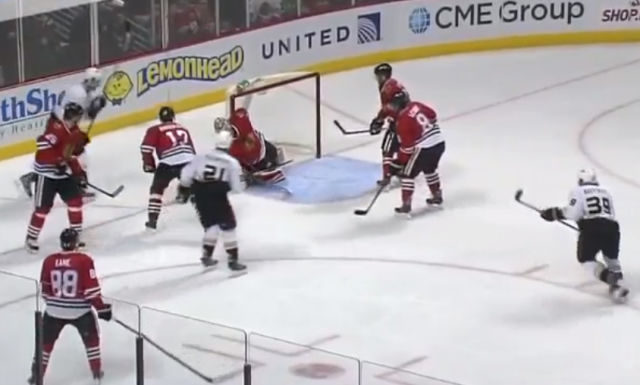 The first no-goal comes from the stick of Duck Kyle Palmieri at 14:27 of the second period.  It was called ‘no goal’ on the ice by referee Kevin Pollock.  The War Room simply didn’t have any video evidence to overturn the call.

The second call also went against Anaheim. Instead of looking to extend their lead, this would have given them a win in overtime.

Pollock waved it off, saying, “No goal on the play, as the goalie could not make a play on the puck.”  Basically, they cited goaltender interference by Saku Koivu on Hawks netminder Antti Raanta.  The problem?  Koivu was crosschecked into the crease by Chicago’s Brent Seabrook.  That goal by Mark Fistric was a good one, and deserved to be the overtime game-winner.

Mercifully, the Hockey Gods could not overcome the power of the Ducks.  Despite these two goal reviews – the latter of which should’ve counted – Anaheim went on to win in the shootout. 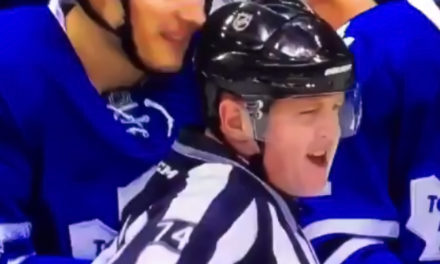 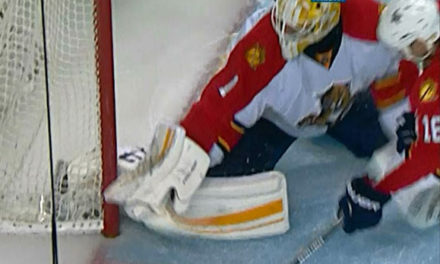 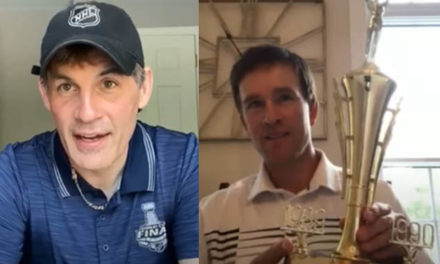 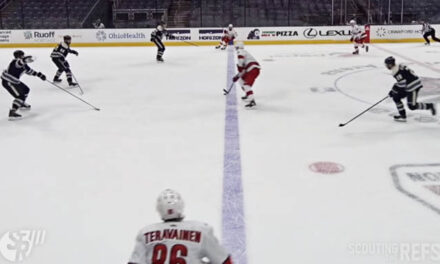