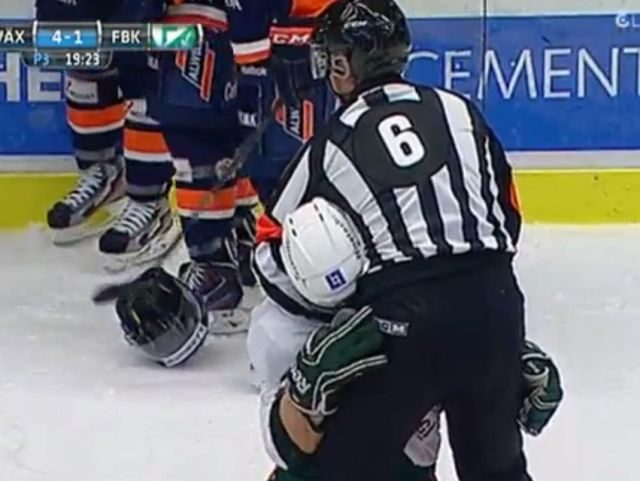 For anyone who’s ever joked about going to a hockey game and having a boxing match break out… the game has evolved.

Fans at a game between the Växjö Lakers and Färjestad BK of the Swedish Elite League were treated to some MMA action on October 17.

Attempting to break up a post-whistle scrum, the referee successfully completed a takedown before executing a perfect guillotine choke on one of the Farjestad’s Marius Holtet.

Holtet was drafted by the Dallas Stars 42nd overall in 2002, making him the highest-drafted Norwegian ever.  He spent fours season in North America with the ECHL’s Louisiana Ice Gators and the AHL’s Houston Aeros and Iowa Stars.

UPDATED:  GIF courtesy Guyism, who also picked up on this story: 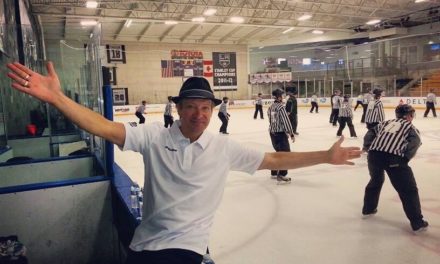 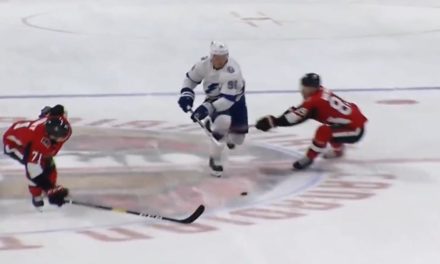 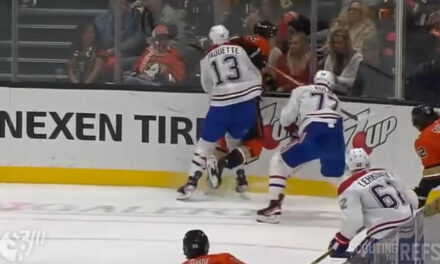 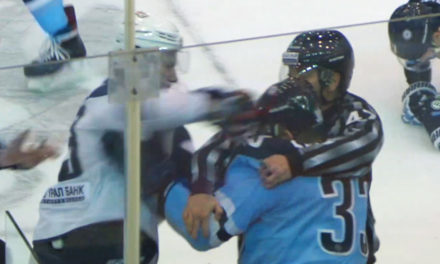