The Colorado Avalanche were hit with a bench minor for too many men on the ice — with only three skaters out there in overtime vs. the Nashville Predators.

Both teams were changing on the fly midway through overtime. Referee Dean Morton whistled Colorado for having too many men on the ice.

Here are the applicable portions of Rule 74:

Players may be changed at any time during the play from the players’ bench provided that the player or players leaving the ice shall be within five feet (5′) of his players’ bench and out of the play before the change is made.

At the discretion of the on-ice officials, should a substituting player come onto the ice before his teammate is within the five foot (5’) limit of the players’ bench (and
therefore clearly causing his team to have too many players on the ice), then a bench minor penalty may be assessed.

If in the course of making a substitution, either the player entering the game or the player retiring plays the puck or who checks or makes any physical contact with an opposing player while both players involved in the substitution are on the ice, then the infraction of “too many men on the ice” will be called.

A player coming onto the ice as a substitute player is considered on the ice once both of his skates are on the ice.

Colorado was in possession of the puck, with Mikko Rantanen skating it into the defending zone during the change.

The remaining Avalanche players were all within five feet of the bench.  Linesman David Brisebois, attempting to avoid the play, was up on the dasher at the Colorado bench with his skates off the ice.  He had a great view of the line change. At no point did it appear that four Avs skaters have their skates on the ice.

Nashville, on the other hand, had five players on the ice at the time the whistle sounded. This was a legal line change, as the Predators players involved were not part of the play, and, like the Avs, were all within five feet of the bench. 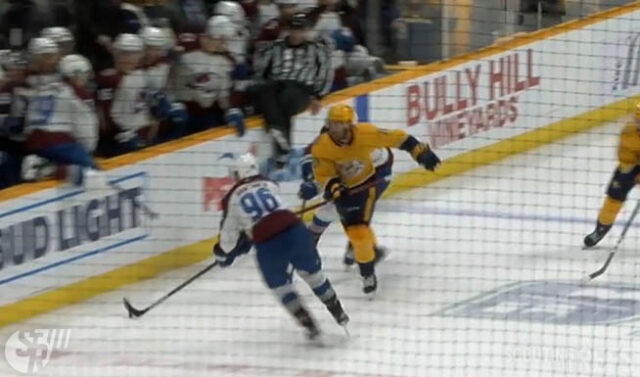 ESPN’s Dave Jackson caught another angle of the play that showed Rantanen on the ice well before MacKinnon was within five feet of the bench.

“I’ll try to explain what I think happened,” Jackson offered via Twitter. “Rantanen jumped onto the ice when the player coming off was at least 10-15 feet away. This is “technically” a penalty but often ignored, especially if player stands against the boards and waits. He gets the break for jumping too soon but then the play develops and he ends up getting the puck just as the departing player is inches off the ice.”

“I’m assuming that in the refs judgement, [Rantanen] would not have gotten to the puck had he not entered the game early and thus gained an advantage he would not have had if he’d waited until his teammate was 5’ from the bench.”

There is precedent for this. The NHLOA has discussed the too many men rule previously, with consideration for how teams may be in violation when using it to their advantage. From the NHLOA:

Some teams have been very creative by using the wording of the substitution rule (5 feet distance) and using it to gain an illegal advantage. Let me explain, the average player’s bench length in the National Hockey League buildings is about 24 feet long. If we give a 5 feet gap to both the players entering and the player leaving the ice, this means that if a player enters the bench from a door and that his replacement comes out of the door at the other end of the bench and that they both use the 5 feet gap, well this team just got a player 34 feet closer to the play in a split second, just like that! Just like magic!

What happened here, is that the player made a substitution at his bench at the door inside the zone and that his replacement jumped on the ice from the door at the other end of the bench. This is a penalty for “too many men on the ice”. Although both players involved in the substitution were within the 5 feet gap allowed by the rules, an unfair advantage was created on this play by using the length of the bench.

In that example, there were never truly too many men but a penalty was called because of the advantage gained.

Perhaps Dean Morton – as Jackson hypothesized above – felt the same way. That would support the timing of the whistle.

This was the second minor penalty of the game against the Avalanche for Too Many Men on the Ice.  Linesman Tyson Baker caught Colorado with six skaters on with 1:53 remaining in the third period, with the game tied at 4-4.

Nashville won the game in overtime, with former Av Matt Duchene scoring on the ensuing powerplay. 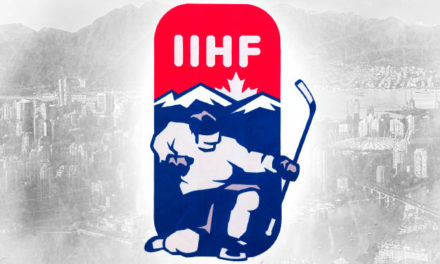 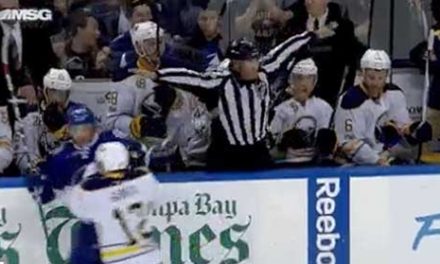 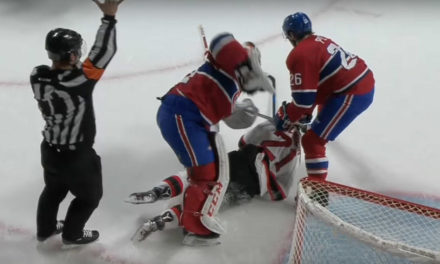 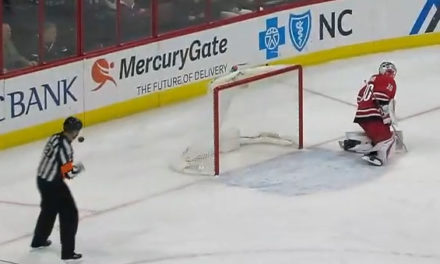