Minnesota Wild winger Joel Eriksson Ek was frustrated after being called for holding then suffering an injury on an uncalled hold.

Eriksson Ek was whistled for holding 7:18 into the second period. He disagreed with the call, challenging referee Gord Dwyer.  John Klingberg was holding on to the Wild player’s stick.  Video replays appear to support with Wild forward’s assertions.

Eriksson Ek better be careful. He’s all over Gord Dwyer

Dallas scored on the ensuing power play to extend their lead to 4-2.  Minutes later, Eriksson Ek found himself on the wrong side of a non-call.

Stars defenseman Jani Hakanpaa rode Eriksson Ek into the boards on a potential holding infraction.  There was no call on the play.

Eriksson Ek was injured on the hit. He did not return to the game.

Minnesota Wild head coach Dean Evason thought there should have been a penalty called on the play.

“[Eriksson Ek] gets a holding [penalty] and their guy is holding his stick,” Evason said.  “There’s no way Ek’s going to get into that position to get hurt if he does not get held up. He’s too big, he’s too strong. He’s going to go through that — and he gets grabbed. [The referees] talked to us that he got pushed. It just doesn’t make any sense. It’s frustrating that a guy gets hurt on a play that’s obviously an illegal play.”

Russo brought up a great point.  If Eriksson Ek had been penalized for his outburst, he wouldn’t have been on the ice for that hit.

Keep thinking about the last retweet & this tweet. Amazing how fate could have changed had Eriksson Ek gotten an unsportsmanlike conduct penalty for snapping at Dwyer for his holding penalty when he felt his stick was held. Shift later he sustains major injury on a non-hold call https://t.co/zHwwlVjRAw

No details on Eriksson Ek’s injury, nor timetable for his return.

“Doesn’t look good,” Wild coach Dean Evason said after the game. Eriksson Ek was wearing a sling as he headed to the team bus, per The Athletic’s Michael Russo.

Referees for the game were Gord Dwyer and Tom Chmeielewski. Linesmen were Jesse Marquis and Brandon Gawryletz. 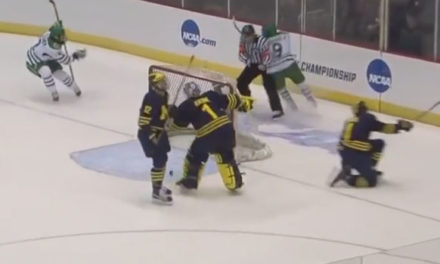 North Dakota Player Scores Goal, Gets Taken Out By Referee 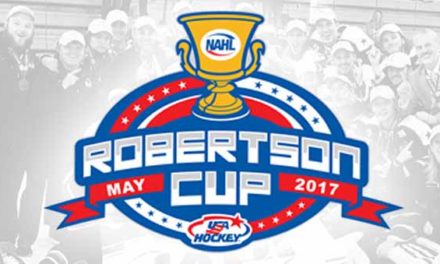 Jackets/Stars Rescheduled Game: How Does it Work? 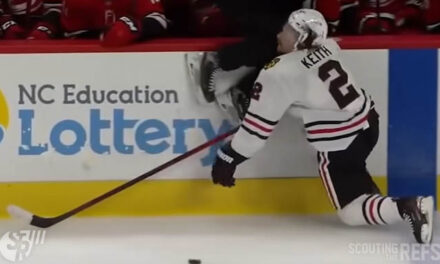