New Jersey Devils forward Andreas Johnsson was anxious to drop the gloves in his first NHL fight. So anxious, in fact, that a very important NHL rule completely slipped his mind.

Johnsson squared off against Minnesota Wild center Ryan Hartman on Thursday night.  After the two players exchanged some whacks in front of the Devils net, they decided to drop the gloves and settle things with a good ol’ fashioned fight.

The gloves hit the ice as the players circled.  Then, Johnsson unbuckled his bucket and tossed it aside.

Hartman landed one punch before linesmen Bevan Mills and C.J. Murray broke up the scrap.   The Wild forward looked to be frustrated that their fight was so quickly stopped.

Referees Dan O’Rourke and Trevor Hanson opted not to hand out fighting majors, instead going with roughing minors to both players. Johnsson was tagged with an extra two for removing his helmet.

46.6 Helmets – No player may remove his helmet prior to engaging in a fight. If he should do so, he shall be assessed a two minute minor penalty for unsportsmanlike conduct. Helmets that come off in the course of and resulting from the altercation will not result in a penalty to either player.

Clearly, Johnsson was in violation.

“You can’t take your helmet off,” linesman C.J. Murray appears to tell Johnsson in the video.

Next time, drop the gloves. Leave the helmet alone. 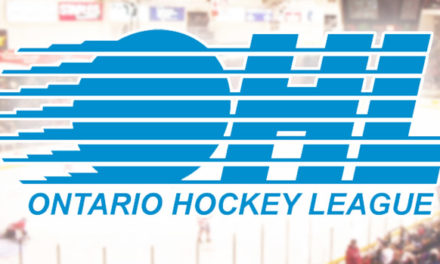 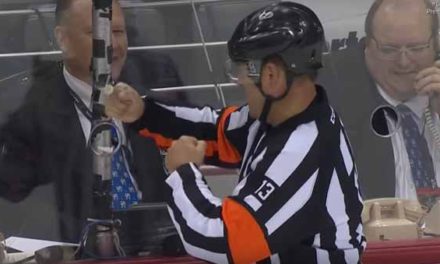 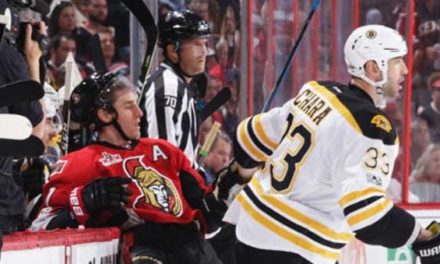 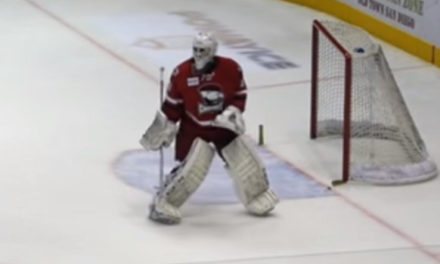