The hit came at center ice with 7:06 remaining in the second period, with the Bruins leading 1-0.  Tinordi fell awkwardly into the boards and was injured on the play. He was helped off the ice and did not return to the game.

Tanev was issued a major penalty for boarding, along with a mandatory game misconduct.  Here’s Rule 41:

A boarding penalty shall be imposed on any player who checks or pushes a defenseless opponent in such a manner that causes the opponent to hit or impact the boards violently or dangerously. The severity of the penalty, based upon the impact with the boards, shall be at the discretion of the Referee.

There is an enormous amount of judgment involved in the application of this rule by the Referees. The onus is on the player applying the check to ensure his opponent is not in a defenseless position and if so, he must avoid or minimize contact. However, in determining whether such contact could have been avoided, the circumstances of the check, including whether the opponent put himself in a vulnerable position immediately prior to or simultaneously with the check or whether the check was unavoidable can be considered. This balance must be considered by the Referees when applying this rule.

A boarding penalty can be a minor or major, depending on the degree of violence of the impact with the boards. The major penalty carries an automatic game misconduct if it results in a head injury. A match penalty is required if the officials feel the player attempted to deliberately injure his opponent.

Referees do have the option to review major penalties. They can only confirm the call or reduce it to a minor penalty.

Refs Pierre Lambert and Francois St. Laurent took another look at the hit, confirming their boarding major call on the ice.  That decision is made solely by the on-ice officials; the Situation Room does not weigh in on major penalty reviews.

They cannot wave it off, nor can they change it to a different call. In this case, charging could have also been on the table, as the wide angle replay illustrates.

As with boarding, the officials can assess a minor or major depending on the degree of violence of the check, with a match penalty for attempt to injured. Again, if there’s a major penalty that results in a head injury, a game misconduct must also be assessed.

Tinordi was eligible to be checked on the play.  The onus, as always, is on the hitter to deliver a legal body check.

Tanev clearly felt he did.  The officials – even after review – felt otherwise.

Brandon Tanev’s 123 hits are fourth-most in the league.  He has never been fined or suspended during his 291-game NHL career. 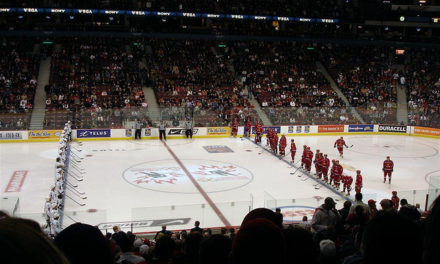 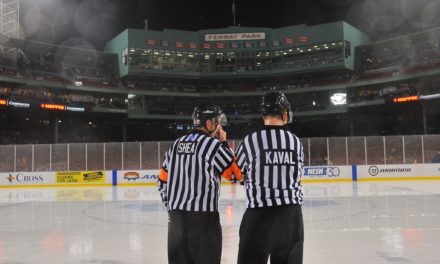 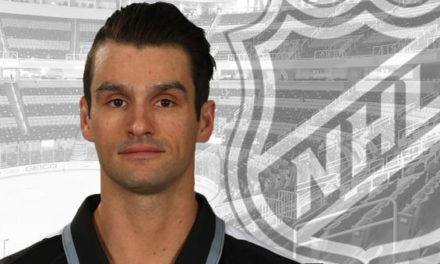 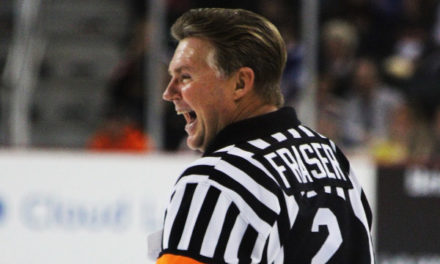