The Detroit Red Wings needed video review to overturn a no-goal call on the ice Monday against the Columbus Blue Jackets.

Referee Garrett Rank waved off the goal on the ice as the players piled up in the crease.

“The call on the ice is no goal due to incidental contact with the goaltender,” announced Rank.

Replays showed that Ryan’s contact was initiated by defenseman Zach Werenski, who cross-checked Ryan into the goaltender prior to the puck crossing the line.

The officials called upstairs for a second look. In the final minute of regulation or at any point in overtime, the NHL Situation Room automatically reviews any plays eligible for a Coach’s Challenge, including goaltender interference and a missed offside or stoppage.

38.3 League Initiated Challenge – In the final minute of play in the 3rd Period and at any point in Overtime (Regular Season and Playoffs), the NHL Situation Room will initiate the review of any scenario that would otherwise be subject to a Coach’s Challenge.

After an extended review, Rank provided the verdict: “After video review, it has been determined that the actions of the Columbus player caused the puck to enter the goal, therefore we have a good goal.”

From the National Hockey League:

The two teams combined for 40 minutes in penalties in the scrap, with Oliver Bjorkstrand dropping the gloves with Bobby Ryan and Zach Werenski squaring off against Dylan Larkin.  Bjorkstrand and Ryan also picked up additional ten-minute misconducts

The goal cut the Blue Jackets lead to one, but Detroit was unable to score again in the final minute of play to tie the game. The Red Wings fell to Columbus 3-2.

Referees for the game were Justin St. Pierre and Garrett Rank. Linesmen were Brad Kovachik and Jesse Marquis. 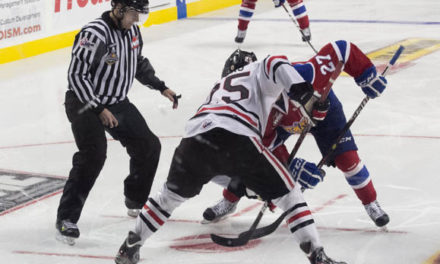 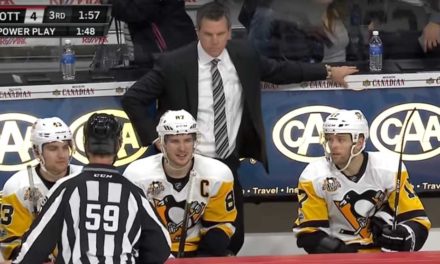 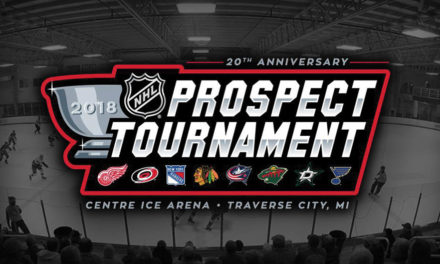 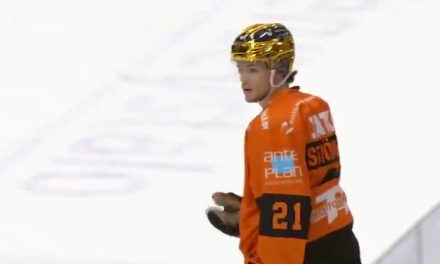