Video review confirmed the Los Angeles Kings’ game-tying goal against the Minnesota Wild, scored just as the net was knocked off its pegs.

Referees Jake Brenk and Steve Kozari conferred with the NHL’s Situation Room on the play.  After a second look, the league was able to confirm that the puck completely crossed the goal line prior to the net being dislodged.

“Video Review determined Adrian Kempe’s shot completely crossed the Minnesota goal line prior to the net coming off of its moorings.”

Interestingly, there are some situations where a goal may be awarded even if the net had been knocked off prior to the puck going in.

63.7 Awarded Goal – In the event that the goal post is displaced, either deliberately or accidentally, by a defending player, prior to the puck crossing the goal line between the normal position of the goalposts, the Referee may award a goal.

In order to award a goal in this situation, the goal post must have been displaced by the actions of a defending player, the attacking player must have an imminent scoring opportunity prior to the goal post being displaced, and it must be determined that the puck would have entered the net between the normal position of the goal posts.

The goal frame is considered to be displaced if either or both goal pegs are no longer in their respective holes in the ice, or the net has come completely off one or both pegs, prior to or as the puck enters the goal.

In this case, it was the attacking player who bumped the net off its pegs.

With the puck clearing the goal line just prior, that’s a good goal. 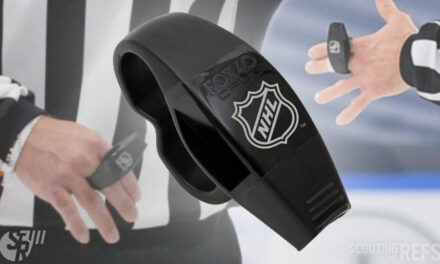 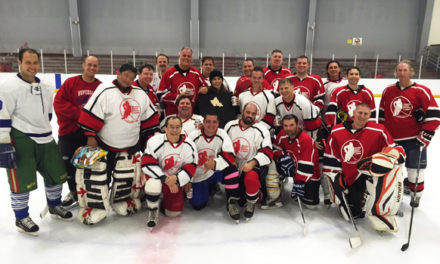 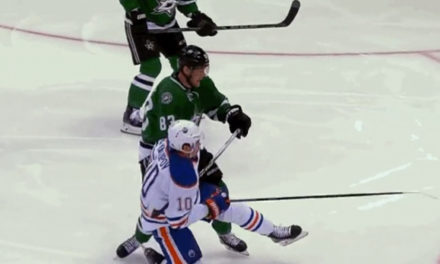 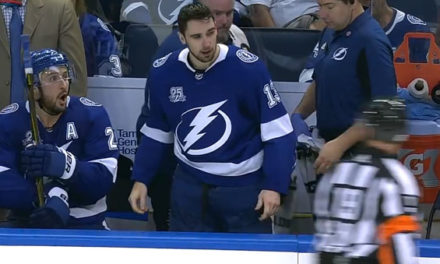 Bolts’ Paquette Throws Glove at Ref, Ref Throws it Back