Boston winger Brad Marchand stepped on to the ice, needing to score to keep his team’s hopes alive in the fifth round of the shootout.

His attempt barely made it off the faceoff dot.

Marchand whiffed on the puck. Had he missed it completely, he could’ve circled back and tried it again.

Since his stick did make contact with the puck – even if it was barely enough to nudge it a few inches forward – that’s considered to be a shootout attempt.

Here’s Rule 24.2 on Penalty Shots, which also applies to the shootout:

The puck must be kept in motion towards the opponent’s goal line and once it is shot, the play shall be considered complete.

… any time the puck … comes to a complete stop, the shot shall be considered complete.

Referees Chris Lee and Tom Chmielewski huddled to discuss the play with linesmen Bevan Mills and Jonny Murray before ruling no goal.

“I was just trying to get going and just missed it,” Marchand said. “That’s the way it is. I’m not going to overthink it.”

The Bruins are now 0-7 in shootouts on the season.  Concidentally, Marchand is 0-for-7 on shootout attempts.

It’s fair to say, though, that this was clearly his worst. 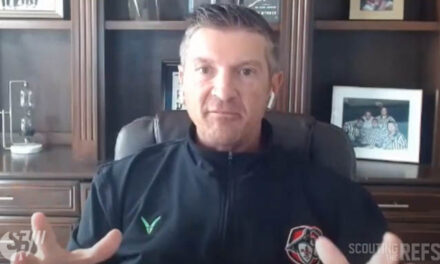 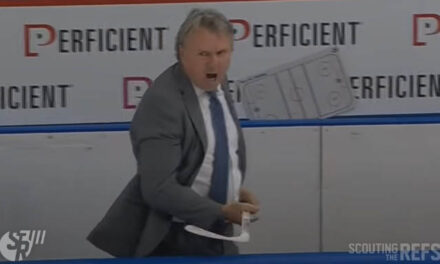 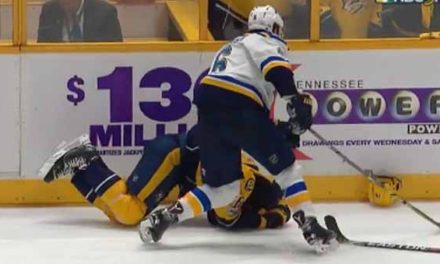 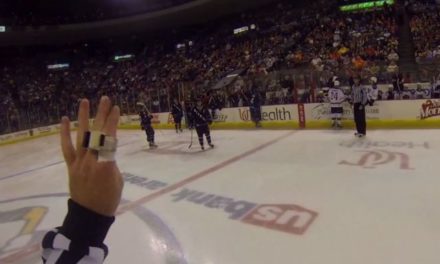