The infraction came at 15:03 of the third period of Monday’s game in Philadelphia. Raffl, who delivered a punch to the back of Malkin’s head prior to the incident, was not penalized on the play. Malkin was given a match penalty for high-sticking by referees Eric Furlatt and Kyle Rehman.

Raffl, who ducked to avoid Malkin’s stick, was not injured.

“I’m not trying to hit his face. I know it’s dirty, but I missed, my stick [did] not touch his helmet or shoulder,” Malkin said, as reported by NBC Sports. “He just like dived and the referee gave me five minutes. Nothing like dangerous, [he’s] not bleeding, nothing. I know I gave them a five-minute power play, but it’s my fault for sure. Play smart next time.”

“I was a little surprised it was a match [penalty] because the player didn’t get hurt on it or there wasn’t real significant contact,” Sullivan said. “But that’s not how the referee saw it.”

The NHL rulebook holds players accountable for their sticks at all times.

60.1 High-sticking – A “high stick” is one which is carried above the height of the opponent’s shoulders. Players must be in control and responsible for their stick. However, a player is permitted accidental contact on an opponent if the act is committed as a normal windup or follow through of a shooting motion, or accidental contact on the opposing center who is bent over during the course of a face-off. A wild swing at a bouncing puck would not be considered a normal windup or follow through and any contact to an opponent above the height of the shoulders shall be penalized accordingly.

60.2 Minor Penalty – Any contact made by a stick on an opponent above the shoulders is prohibited and a minor penalty shall be imposed.

60.3 Double-minor Penalty – When a player carries or holds any part of his stick above the shoulders of the opponent so that injury results, the Referee shall assess a double-minor penalty for all contact that causes an injury, whether accidental or careless, in the opinion of the Referee.

60.4 Match Penalty – When, in the opinion of the Referee, a player attempts to or deliberately injures an opponent while carrying or holding any part of his stick above the shoulders of the opponent, the Referee shall assess a match penalty to the offending player.

The league’s decision specifically cited 60.4 in defending the on-ice call, agreeing with the referee’s interpretation that Malkin “attempt[ed] to injure an opponent while … holding his stick above the shoulders of the opponent.”

The Pens center has not previously been suspended by the NHL’s Department of Player Safety, including no disciplinary action for a similar stick-swinging incident against the Rangers’ Marc Staal.  He has been fined once – a $5,000 fine for spearing Dustin Brown of the Los Angeles Kings. 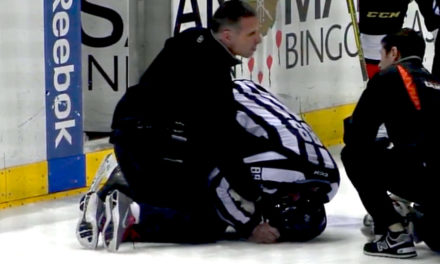 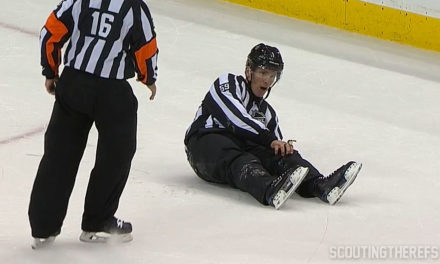 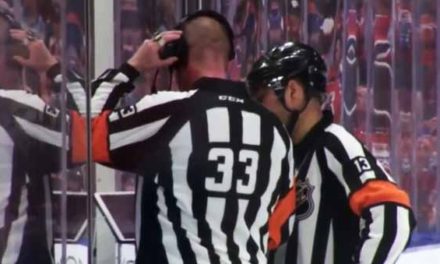 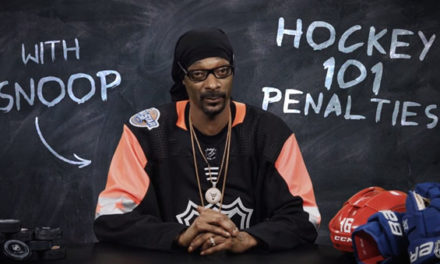