This is my stick.  There are many like it, but this one is mine.

Sure, we’re paraphrasing the Marines’ Rifleman’s Creed here, but it’s quite true.  Even according to the NHL rulebook.

Your stick is your stick, and that’s the only one you’re permitted to use.  Washington’s Evgeny Kuznetsov found that out the hard way on Tuesday, as he was penalized for illegal equipment after playing with an opponent’s stick.

Though the rule for illegal equipment, Rule 12, doesn’t specifically address this situation, it’s covered under 10.3, for broken sticks:

A broken stick is one which, in the opinion of  the Referee, is unfit for normal play.

A player will be penalized if he throws, tosses, slides or shoots a stick to a teammate on the ice, or if he picks up and plays with an opponent’s stick.

Golden Knights defenseman Nick Holden lost hist stick when it got caught up along the glass. Unable to dislodge it with a few quick tugs, Holden played the puck with his skates.  Moments later, Kuznetsov lost his stick in a collision with Holden below the goal line.  Rather than track down his twig, the Caps’ winger grabbed Holden’s and rejoined the play.

Hopefully Kuznetsov took those two minutes and brushed up on the NHL rulebook, specifically 10.3.

Though it’s rarely seen, Kuznetsov isn’t the first to pick up this penalty.  Pittsburgh’s Kris Letang sat for two after he commandeered an opponent’s stick.  Bobby Ryan, then with the Anaheim Ducks, got away with one after scoring a goal with Mikko Koivu’s stick. 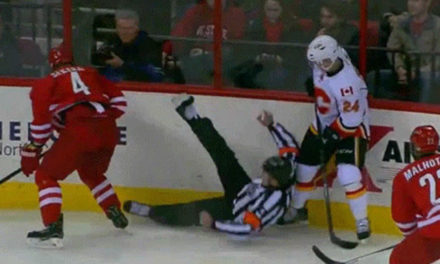 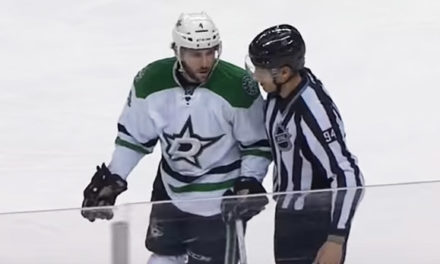 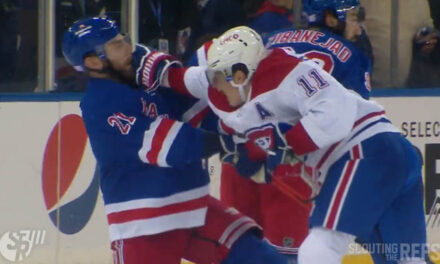