Sometimes the coach gives you the hook after a rough night or to spark the team. Under the NHL’s new concussion policy, he’s not the only one that can pull the goalie.

Rangers goaltender Antti Raanta was pulled from Tuesday night’s game after a concussion spotter flagged him for an evaluation.

A hard hit by Vancouver’s Markus Granlund sent Raanta sprawling 4:12 into the third period. Rangers medical trainer Jim Ramsay tended to the injured goaltender who remained in the game after speaking with Ramsay and referee Kevin Pollock.  New York scored the tying goal on the ensuing power play.  Four minutes later, after multiple stoppages, word came down from the NHL’s Central League Spotters to have Raanta pulled from the game for evaluation.

At that point, the team must comply with the request, even if they disagree with the assessment. Per the NHL’s concussion protocol:

Removal and evaluation of a Player will be required if the Central League Spotter determines that a mandatory evaluation is warranted, even if the In-Arena League Spotter and/or Club personnel disagree that a visible sign or a mechanism of injury has occurred or been exhibited.

If the Central League Spotter communicates a visible sign triggering an evaluation in the discretion of the Club’s medical personnel, and the Club’s medical personnel did not see the event, such Club medical personnel shall, as soon as reasonably possible following the communication (for example, during the next television time-out or intermission if the next break in play is the intermission), check in with the Player or review the video clip of the event, or both, to determine if an acute evaluation is warranted.

Those spotters, along with the in-arena league spotters and NHL officials, are all looking for the same criteria, which include signs such as a player lying motionless on the ice, exhibiting balance issues, presenting a blank or vacant look, slow to get up from the ice or clutching his head, or one who exhibits symptoms including headache, dizziness, nausea, amnesia, or disorientation.

Raanta went off.  Lundqvist came on.

As an injury replacement, Lundqvist was not permitted a warm-up, per Rule 8.2.

Injured Goalkeeper – If a goalkeeper sustains an injury or becomes ill, he must be ready to resume play immediately or be replaced by a substitute goalkeeper and no additional time shall be allowed by the Referee for the purpose of enabling the injured or ill goalkeeper to resume his position.

No warm-up shall be permitted for a substitute goalkeeper in all regular League or Playoff games.

Raanta, after passing the concussion screening, returned to the ice with 5:14 to play in the game.  In those six minutes of action, Lundqvist allowed two goals on six shots.

While the ‘no warm-up’ rule makes sense in preventing unnecessary delays or stall tactics, it does a disservice to a team required to remove its goaltender per the concussion protocol.  Perhaps the league’s general managers can consider permitting a two-minute warm-up for a replacement goaltender called into service as a result of a mandated concussion examination.

“At the end of the day, I don’t think that was the difference in the game,” said Vigneault. “When the league calls down and says the spotter wants him out, then you’ve got to take him out. That’s what we did. We followed the rules.”

After the game, Raanta spoke about his unplanned departure.

“That’s the rule nowadays and you have to respect that. I fell down and they saw that I hit my head on the ice, so that’s one of those things that they’re looking for. I pretty much knew it when Rammer [trainer Jim Ramsay] was watching me the whole time from the bench there might be a goalie change and I’d have to go do the test. That was pretty much it. I tried to do it as quickly as possible and I felt good. Last year when I had the concussion, I had way different symptoms, so I knew that it’s going to be fine, and I just tried to do it as quickly as possible and come back to the game. It’s not easy; it’s not easy to leave like that.”

“It was a tight game and then we got the power play from that, scored the tying goal and the game is wide open. Then you have to go out and do the testing. It was pretty tough. I just have to respect the process and what’s going on. You just have to go and do the test. It might be that they’re finding something or they’re not. There’s still a couple things that I need to do, but I feel good now.” 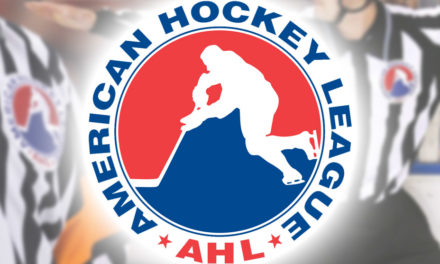 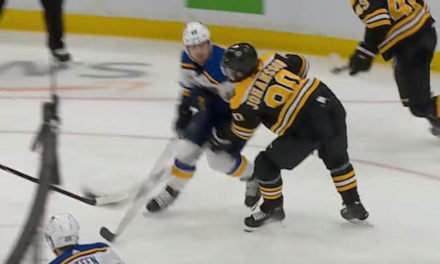 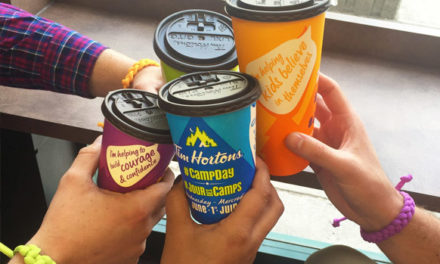 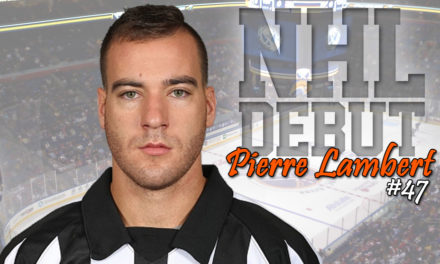