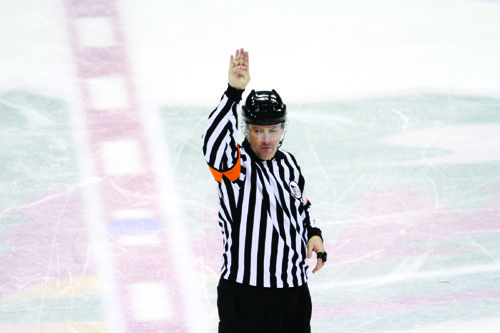 With state hockey finals concluding all over America, you would think that controversies involving officiating would be on short hiatus – at least until spring league. Not quite.

See, last week, an emergency text was submitted to the OS cell hotline. Strangely, the communication wasn’t from a referee or disgruntled parent. No, this SMS was sent by a manager. And it didn’t concern disputed calls or the usual allegation of officials’ incompetency.

It was about scheduling, specifically, the assignment of officials.

OK, without naming teams, managers or even jurisdictions, what seems to have happened was that this specific youth travel team was competing in the state finals, a good 45-minute drive (including $2.50 in tolls) from their home rink. According to the team manager, the squad played four games during the tournament and somehow saw one individual zebra three times out of those four games. The manager claimed that the specific referee was not pleasantly disposed to one of the team’s coaches and in fact, the team incurred an average of eight penalties in each game officiated by that particular referee, whereas in the sole game not officiated by that zebra, the team was not assessed any penalties.

The manager contended that it was unacceptable and not professional for an assigning organization to select the same ref to work the same team during a state tournament, especially when that state involved has approximately 800 registered officials and most were unable to obtain a single assignment for the state tournament. (OS confirmed this fact with one veteran official who stated he had put in for games and was shut out. The official advised that he knew many other veteran Level 3s that were likewise unable to get an assignment).

The same referee seeing the same team three times? A state composed of 800 registered officials with at least 500 Level 3s? OS unofficially surveyed several competent sports bettors here in the Valley and most gave greater odds to a Quebec City expansion team winning the Cup in 2020 than a single referee out of 800 being assigned to three games with the same team in a state tournament weekend.

Now there are several issues that need to be addressed here. First, the interplay between referees, assignors and disgruntled teams. As this column has previously discussed, there have been too many instances of assignors taking the complaints of coaches or team managers and selling out individual officials just to keep their “customers” happy.

You know how it works. A veteran Level 3 works the classic low-level JV game, makes a controversial call, incurs the wrath of a head coach who screams, “I’m calling the assignor and you’ll never work another game in this rink!” Two days later, the “performance committee” calls the ref at dinnertime and says, “We need to take you off this Saturday night’s game.”

Wonder why I would never answer my phone during dinnertime?

Look, OS gets that there’s no reason to inflame passions and that sometimes, it’s best to keep a bit of separation between an official and a team. Still, I recall my first year as an official, when the former, “old-style” referee-in-chief would tell us exactly how he handles those disgruntled team situations: “I put the same official on the team’s very next game.”

Boy, do I miss that guy, and for those of you who are trying to figure out who I am talking about, here’s a hint – his first and last names each consist of three letters. Yup, best RIC ever.

Back to our situation, and without being privy to all the facts, it would appear that in the state finals, a scheduler should probably try to limit the exposure between a particular official and a specific team, particularly when there’s been some bad blood between the zebra and a coach. An argument could be made that this is not the usual disgruntled team situation during the middle of the season and I would think most participants in the hockey community, including officials, would get that point.

But what bothers OS most about this scenario were the allegations that a single ref could get three games against a particular team when other veteran officials were allegedly shut out of any assignments at that specific state tournament venue. With hard-working Level 3s representing the heart of the officiating community, there should be enough work to spread the assignments around, particularly in a large state hosting its hockey finals.

I asked one veteran scheduler about this very topic and he assured me that barring unusual circumstances and taking into account age and team levels, he always ensures that his pool of officials are evenly treated both during the regular season and particularly during tournaments.

To sum it up, in today’s controversy, OS takes no position on the professionalism of the official or the demeanor of the coach involved. No, this is strictly a numbers game. The same ref three times out of an 800-zebra pool?

It’s all about appearance. And the concept is quite simple. When assignments are fairly divided, you avoid controversies like the one which was submitted to the OS inbox.

Officially Speaking is originally published at LetsPlayHockey.com –
The online home of the longest-running hockey newspaper in the United States. 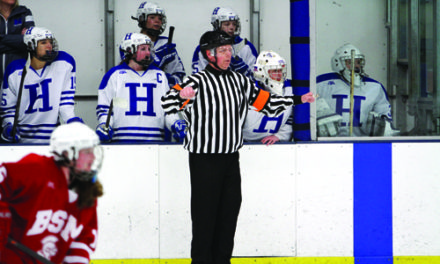 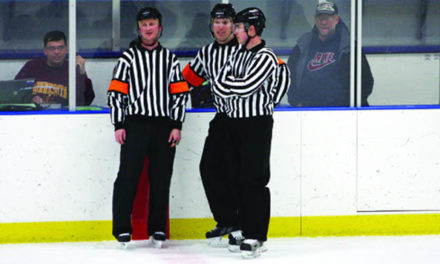 Officially Speaking: Getting It Right