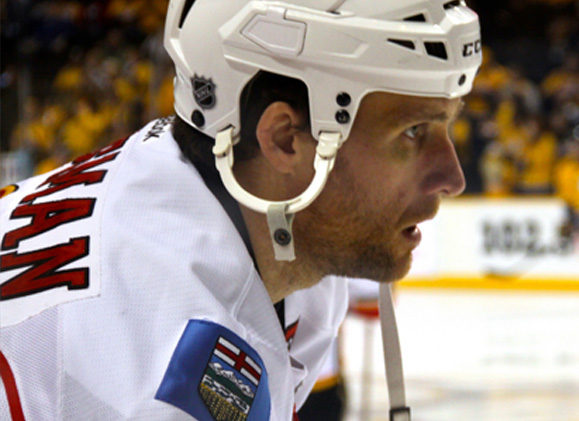 Calgary Flames defenseman Dennis Wideman saw his suspension for a hit on linesman Don Henderson reduced from 20 games to 10 by arbitrator James Oldham.  Wideman has returned to the ice, playing 18 minutes in his first game back. 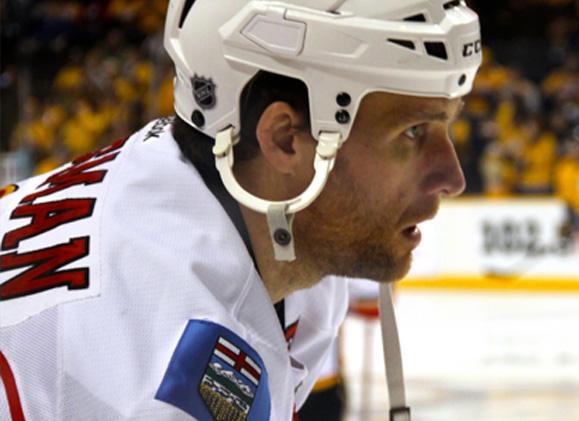 Wideman spoke with the media after his return.  “I’m happy [my suspension] was reduced to 10 games,” he said, “But I still maintain that it was completely accidental and I had no intent on hitting [Henderson] at all.”

Henderson remains sidelined, and will not return to action this season.  The 47-year-old veteran official has worked nearly 1,300 regular season games in his 21-year NHL career. Henderson has not spoken publicly since the incident, nor is he expected to.

NHL referee Dan O’Halloran, President of the NHL Officials Association, released a statement on behalf of the NHLOA:

“The NHLOA strongly disagrees with the arbitrator’s decision to reduce Dennis Wideman’s suspension to 10 games while linesman Don Henderson continues to recover from an injury inflicted by the player that will sideline him for the rest of the season.”

“The message in reducing the suspension that is sent to NHL players, as well as athletes all over the world, including children, is that the code of conduct towards officials has changed.

“The NHLOA intends to take all steps necessary so that its members are protected in the future and ensure that this type of conduct by a player against an official never happens again.”

The NBA’s Referee Association offered their support, echoing O’Halloran’s concerns about how this decision may impact future treatment of sports officials.

The National Football League’s officials also back their on-ice brethren.

“We concur completely with the NHLOA’s objection to the reduced suspension,” said NFLRA executive director Jim Quirk via press release. “Regardless of the sport, any time an athlete makes unnecessary physical contact with an official there needs to be swift and certain punishment.

“Cutting the player’s suspension from 20 to 10 games while Linesman Henderson is expected to miss the remainder of the season due to the injury he sustained from the unnecessary hit, sends a horrible message about sportsmanship and the behavior of athletes. The integrity of all sports rests with the conduct of the players and the enforcement of the rules by officials. It’s a sad day when leniency is provided to an athlete who so directly violates this code of conduct and sportsmanship.”

While NHL referees have remained silent on the situation outside of their official statement, the Sun’s Bruce Garrioch spoke with retired NHL referee Stephane Auger about the incident and subsequent suspension.

“As a referee you deal with the facts and you have to try to take your emotions out of things. When you look at the Wideman situation, the gesture and the hit leading up to it, it sure looks to me like it was a [Rule 40] Category 1 [infraction, subject to a mandatory suspension of] no less than 20 games, and there was an intent with injuries.”

“I haven’t read the 19 pages from the arbitrator so I can’t tell you exactly what it is but [the officials] are going to go back on the ice and do their job. Nowadays, with all the cameras and angles, you’re not going to put yourself [at risk]. The one thing about officials is integrity and that’s how you base your career. If not, you’re not in the right field of work.”

Auger also opined on the feelings of the league’s officials with regards to the arbitrator’s decision.

“If I’m an official, the league did what they to do. Once it goes to an independent arbitrator, you can be disappointed but there’s nothing you can do.”

He was concerned about the message being set to other levels of hockey, wondering if the reduction will result in liberties being taken with officials in lower leagues.

The NHLOA clearly wants to set the precedent that the officials are off limits.  Based on their initial ruling, it’s clear that the NHL agrees with a no-tolerance policy.  In this case, the independent arbitrator – a right granted to the players via their Collective Bargaining Agreement – disagreed.

Hopefully, the effect of that decision doesn’t set a dangerous precedent – especially at lower levels of hockey. 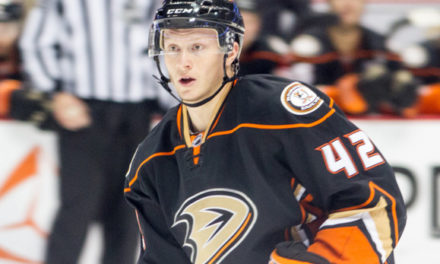 Ref Roundup: Obstruction, All-Stars, and a Full Moon in Quebec 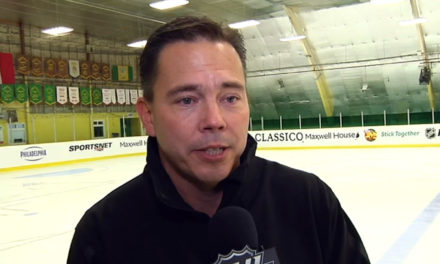