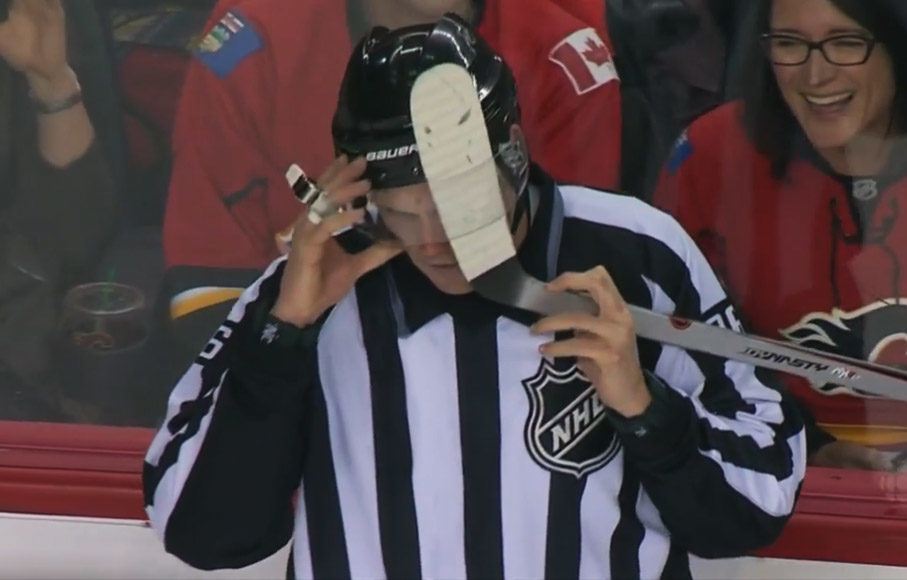 Late in Saturday night’s game between the Edmonton Oilers and the Calgary Flames, linesman David Brisebois found himself on the receiving end of a high stick from Oilers center Anton Lander. Lander was tied up with Flames winger Paul Byron as they crossed the blueline. As they battled, Lander’s stick caught Brisebois up high — going under his visor.

Brisebois had to take off his helmet to extricate the offending stick.

Thankfully, Brisebois was uninjured on the play. It’s great to see all NHL referees and linesmen now wearing visors, but it’s plays like this that remind you – even with a visor – you’re not always safe.

(stick-tap to r/hockey and GriZZY19) 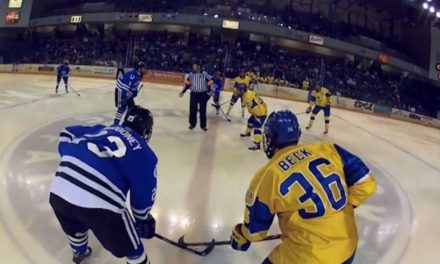 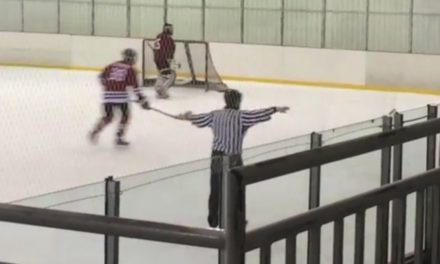 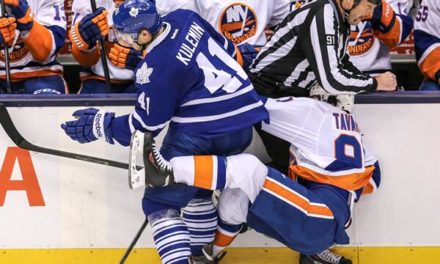 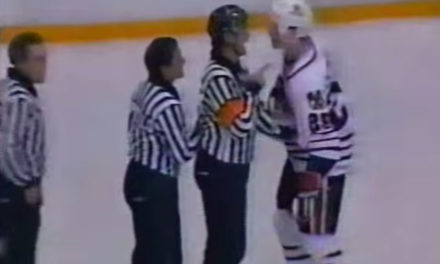 Flashback Friday: Andy Van Hellemond Mic’d Up in the ’85 Playoffs