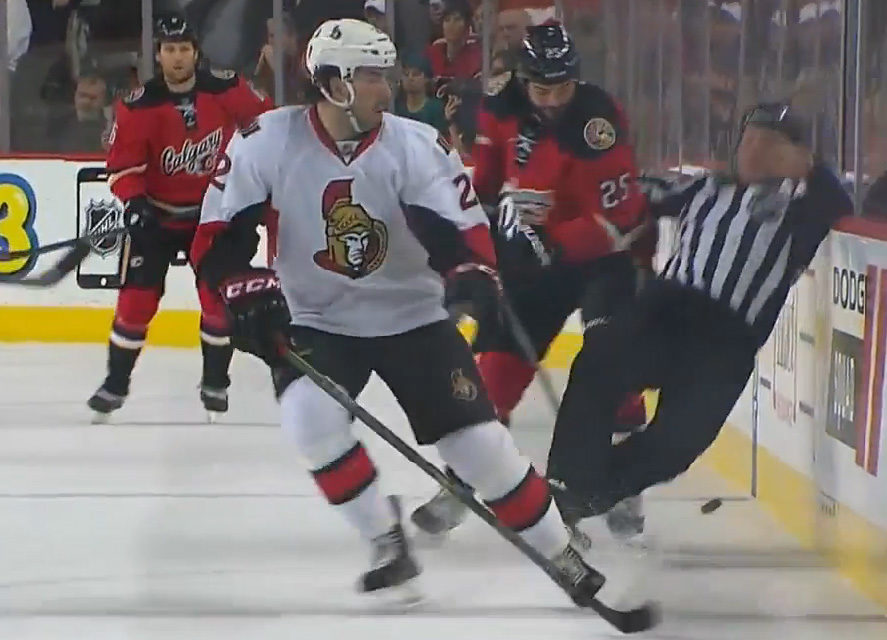 According to the official scoresheet, Flames forward Brandon Bollig didn’t record a hit in Saturday’s game against the Ottawa Senators.  Linesman Don Henderson might disagree.

The veteran official was caught along the boards during the first period of the game when Bollig tried to chip the puck up ice and chase after it.  Bollig stepped up – and into – Henderson, knocking him to the ice.

After the buzzer sounded to end the first period, Bollig skated up to Henderson, reportedly to apologize for the the hit. Henderson was not injured on the play. 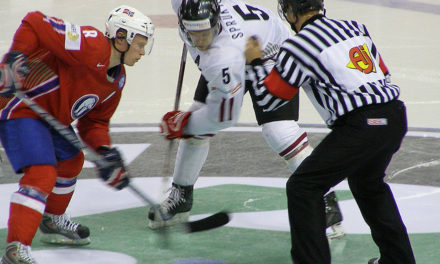 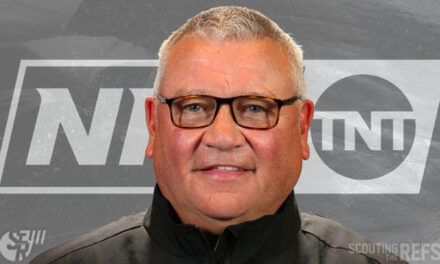 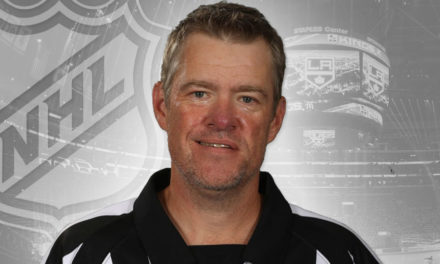 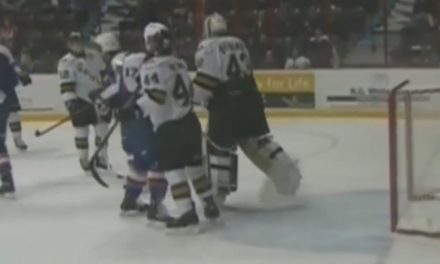