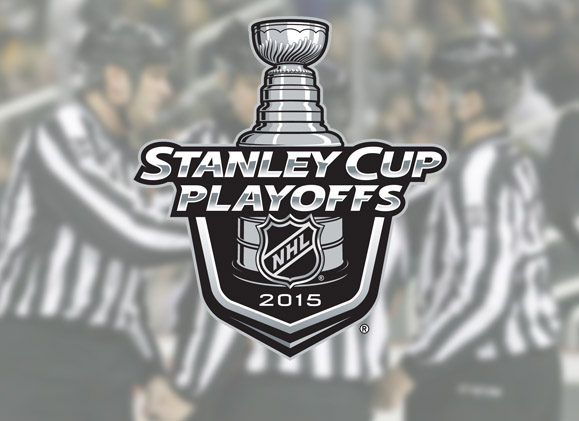 The NHL has announced the four referees and four linesmen selected to work the 2015 Stanley Cup Final.

As to how they’re chosen, NHL Director of Officiating Stephen Walkom told the Star-Tribune:

“It’s their presence in a game, it’s their control in tough situations, it’s following the NHL standard, it’s the ability to keep up with the game physically,” said Walkom. “The evaluation is ongoing. At the end of the year, we put together the guys who we consider are performing the best to go into the playoffs. Then each and every round, it gets knocked out so we have our best team of officials in the Cup.”

Here are the best officials from 2014-15, the ones chosen to work this year’s Cup Final:

O’Halloran (#13) is working his eighth career Stanley Cup Final, with all eight coming in the past nine seasons. His only cup final absence was in 2009, when Devorski, LaRue, McCreary, and Joannette handled the championship series. In his 20-year NHL career, O’Halloran has handled 1163 regular season and 149 playoff games.

Sutherland (#11) returns to the Stanley Cup Final for the first time since 2011, when he handled the seven-game series between the Bruins and Canucks. He’d worked back-to-back Finals in 2010 and 2011. The 15-year veteran has worked 943 regular season games along with 99 postseason matches. He also suited up for this year’s Winter Classic, when we had a chance to speak with Sutherland about his career.

The duo worked one games together this postseason – Game 7 between the Ducks and Blackhawks. O’Halloran was previously paired with Steve Kozari, Dan O’Rourke and Brad Meier. Sutherland officiated alongside Chris Rooney and Francis Charron.

McCauley (#4) is handling his third straight Stanley Cup Final, having officiated the series in 2013 and 2014. McCauley made his NHL debut in 2003; since then, he’s seen action in 750 regular season and 71 playoff games. 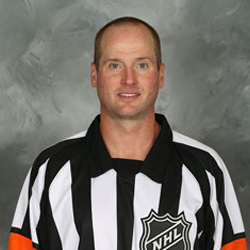 Amell is working back-to-back Cup Finals and his third in four seasons.

Amell and Murphy worked one game this postseason – Game 7 between the Rangers and Lightning. They were joined in stripes for that one by referees Wes McCauley and Kevin Pollock.

Heyer also worked the 2015 Stanley Cup Final with Amell. This will be his third straight and the sixth Cup Final appearance of his career. Heyer’s seen action in 1,797 regular season games along with 171 in the postseason.

Racicot has nearly been a Stanley Cup Finals regular. Though he missed last season’s final, the veteran linesman had a run of five straight Finals appearances (2009-2013). Racicot has manned the lines for 1,462 regular season games and 181 in the playoffs.

Heyer and Racicot had been paired for just one game – Game 7 of the Western Conference Final between the Ducks and Blackhawks. O’Halloran and Sutherland were the officials for that game.

Eric Furlatt made his fourth trip to the Conference Finals, but has yet to work a Cup Final. Steve Kozari handled the 2014 Stanley Cup Final; he nearly made it back this season. Chris Rooney made the Final in 2012 and 2013. Brad Watson has seen eight Stanley Cup Finals but failed to make the cut in this, his 18th season. Watson had worked the previous three and eight of the past 11 Cup Finals. Montreal Canadiens’ forward Brandon Prust claimed Watson had made abusive comments earlier this postseason, but the league stood behind their official, who was then named to work the Conference Final. Unfortunately for Watson, he would go no further.

Linesmen Scott Cherrey, Michel Cormier, and Greg Devorski will miss the Cup Final, along with Brad Kovachik and Steve Miller. Kovachik was injured in Game 2 of the Eastern Conference Final, suffering a sprained MCL on a hit along the boards. Miller, the designated standby linesman, filled in admirably for a handful of games but has understandably not moved on.

Good luck to all officials working the 2015 Stanley Cup Final! 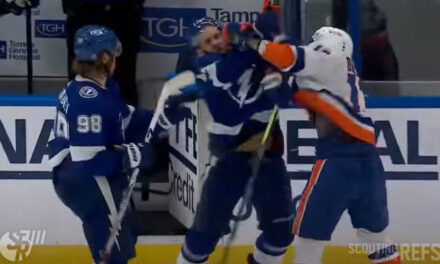 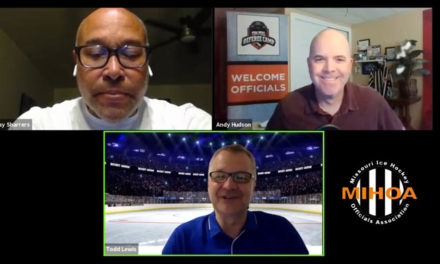 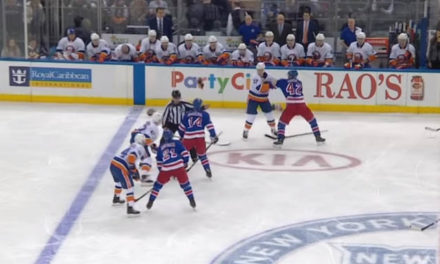 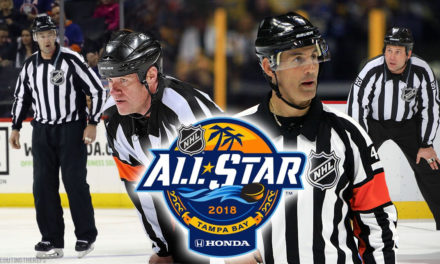