Dwyer/Hebert reffed the Canes’ 4-1 win over the Rangers in Game 2.

McIsaac/Rooney worked the Avs’ 4-3 overtime loss to the Golden Knights in the round-robin.

Rehman/Lee are paired up for just the second time this postseason. This duo also handled a round-robin game between the Bruins and Caps. Rehman was previously working alongside Kevin Pollock, who’s sidelined with an injury.  Lee has worked most games with Francis Charron.

In the qualifying round, Rehman worked the Habs’ 4-3 Game 3 win over the Penguins. Lee refereed the Canadiens 3-1 loss to Pittsburgh in Game 2.

Stats updated for 2019-20 through the end of the regular season; all stats are regular season totals. Number in parentheses indicates referee’s rank among active officials. 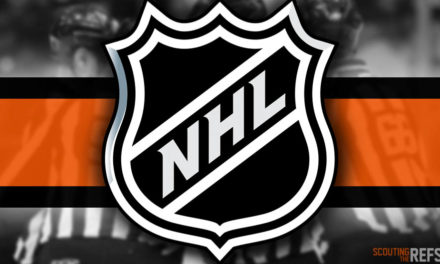