Playoff stats for Round 1 will be updated shortly…

In the opening round Watson was paired with Trevor Hanson, while Meier worked with Kevin Pollock. Hanson missed the cut, while Pollock will apparently get a new partner for Round 2.

Watson, with Hanson, worked the elimination games for both the Ducks (over Calgary) and Oilers (over San Jose). 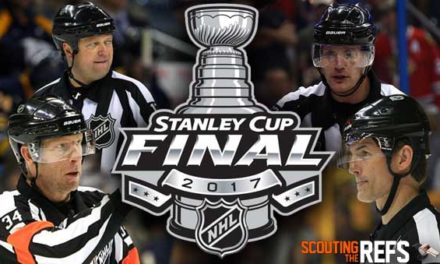