A blast from Columbus defenseman Zach Werenski eluded Pens goaltender Marc-Andre Fleury to give the Blue Jackets a 3-1 lead in Sunday night’s Game 3.  It also eluded detection by the officials.

Referee Francis Charron initially waved off the Columbus goal, likely believing that the puck had deflected out of play. It clearly wasn’t in Fleury’s equipment.  It wasn’t visible in the net.

Werenski’s shot caught the inside of the crossbar and tucked neatly behind the center support, partially obscured by Fleury’s water bottle.

Once he realized it, the Pittsburgh goaltender did his part to try to conceal the evidence.

After reviewing the play – and eventually locating the missing puck – the officials correctly ruled it a goal. 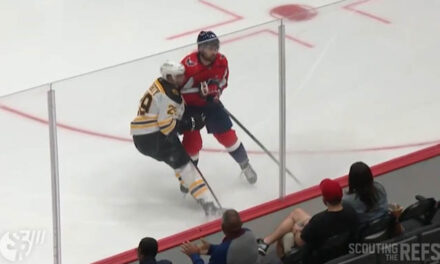 NHL Officials Selected for First Round of Stanley Cup Playoffs 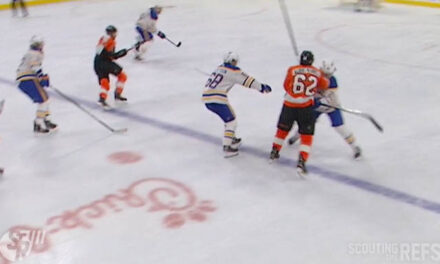 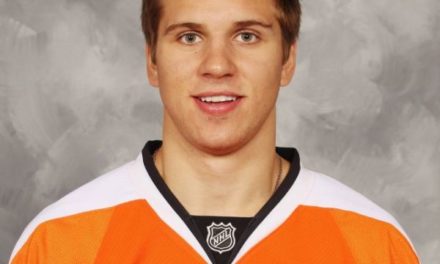