Long-time QMJHL referee Luc Lachapelle has passed away at age 61 after a battle with liver cancer, according to the Journal de Montreal.

Lachappelle was an institution in stripes on the QMJHL ice.  His 22-year career, from 1974-1999, encompassed a total of 936 games – 896 as a referee and 40 as a linesmen.   He ranks third among all Q referees with 746 regular season games worked, behind only Nic Dutil and Eric Charron, both of whom are still in the league.

“He was respected by all the players and all the teams,” said QMJHL Director of Officiating Richard Trottier. “He had a good presence on the ice. It was a different era. The game was more rugged.”

Lachapelle had a brief stint in the National Hockey League, filling in during the NHL Officials’ 17-day strike of 1993. “I was kind of nervous, kind of anxious,” Lachapelle said of his NHL debut. “It was tough to concentrate all day. It’s not the same game as in juniors. It was faster and I had an adjustment to make, but I think I did a good job.”

He also saw action as a linesman during the 1976 Canada Cup.

One of Lachappelle’s wishes was that he be inducted into the QMJHL Hall of Fame. “I deserve it, but it’s not my decision,” he told the Journal.

“He should unquestionably and undeniably be inducted,” said former referee Ron Fournier, one of four officials inducted. “He had a thick skin and he stood up to intimidating coaches. He held the fort without flinching. It takes guts, courage, and a backbone. He deserves to be honored.”

Read more, in French, from the Journal de Montreal. 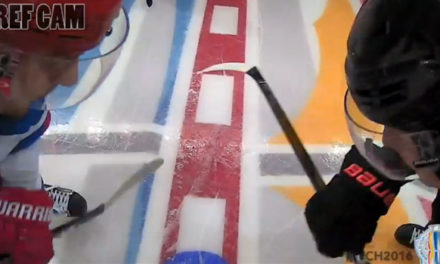 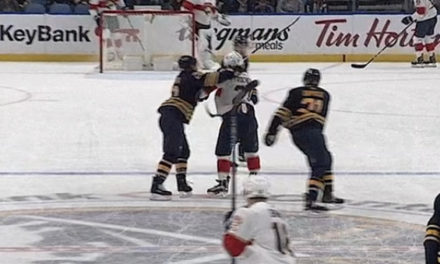 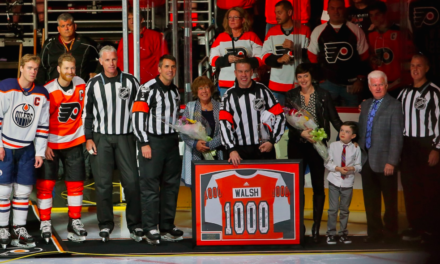