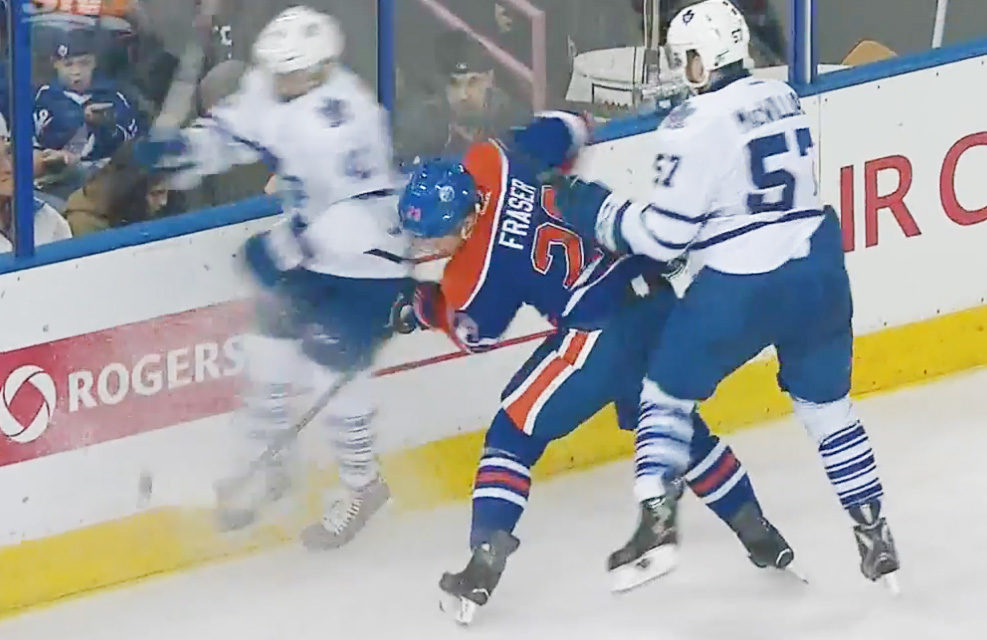 Toronto Maple Leafs forward Nazem Kadri has been suspended four games by the NHL’s Department of Player Safety for an illegal hit to the head of Edmonton Oilers winger Matt Fraser.

The hit happened 10:58 into the third period of Monday night’s game, an eventual 4-1 win by the Oilers. Kadri extended his elbow as he skated behind the Edmonton net, clipping Fraser up high.

Kadri was given a two-minute minor for an illegal check to the head by referee Tim Peel.

Fraser lay motionless on the ice for a few moments before being helped off the ice by his teammates.  He reportedly suffered a concussion and is expected to miss some time.

“I was just trying to squeeze by him, but things happen quick. I didn’t mean to hurt him,” Kadri said after the game. “I don’t consider myself a dirty player. I felt like my hands were down. It happens fast, but you hate to see a guy being taken off like that.

“I don’t even think there was a call to begin with. I feel like if the officials felt it was something dirty or really questionable, then I wouldn’t have gotten a major and tossed on the spot.

Kadri’s been in trouble before.  Aside from his issues with his team, he was suspended three games in 2013 for running into Minnesota Wild goaltender Niklas Backstrom.

Here’s the official ruling from the NHL’s Department of Player Safety: 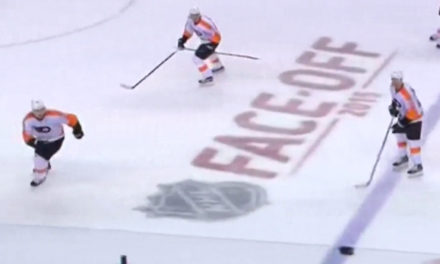 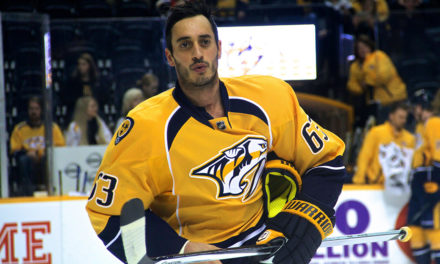 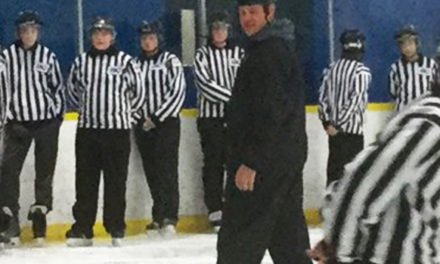 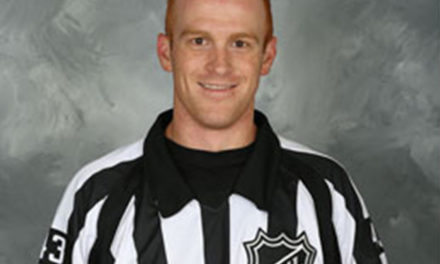