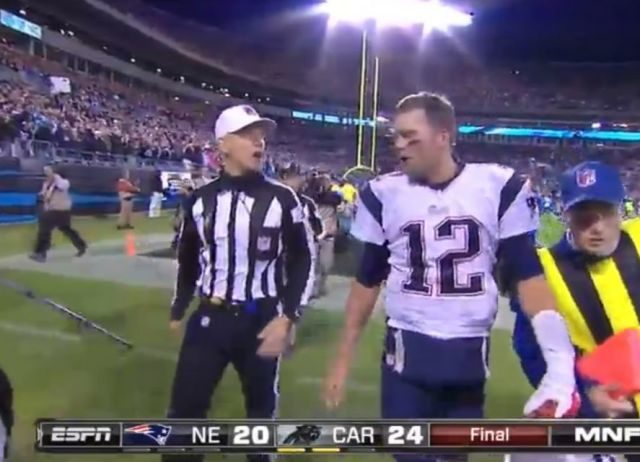 The Carolina Panthers’ surprising victory over the New England Patriots was not without controversy. From Deadspin:

A flag was thrown on the last play of the game—an under-thrown ball intended for Gronk, whose path back to the ball was clearly being impeded by the linebacker—and then it was picked up, with no explanation. The referees were huddled together, discussing the call and then Panthers players sprinted off in glee. Seconds later Blakeman informed the crowd “there is no foul on the play, the game is over” and ran for the locker room. And Brady followed.

It’s a shame, because the Panthers played just as well as the Patriots and merely because this particular play was the last play, it’s going to seem like the Patriots got jobbed out of a Tom Brady miracle.

After the game, Referee Clete Blakeman explained the call in an interview with Mike Reiss of ESPN Boston and Joseph Person of the Charlotte Observer posted at Boston.com:

Mike Reiss: I guess the first question is what was seen on the last play to initially have the official throw the flag?
Clete Blakeman: The back judge saw that there was contact and the defender was not playing the ball and that led him to throw for defensive pass inference, was the initial call.

MR: The follow-up naturally, what was discussed to then pick up the flag?
CB: There were two officials that came in. One was the umpire and the other one was our side judge and there was a discussion at that point as to the, in essence, the catchability of the ball due to its location. So it was determined at that point in time that when the primary contact occurred on the tight end that the ball, in essence, was coming in underthrown and in essence it was immediate at that point intercepted at the front end of the end zone. So there was a determination that, in essence, uncatchability, that the ball was intercepted at or about the same time the primary contact against the receiver occurred.

Joe Person: Have you guys had a chance to review it yet and what were your thoughts on the review?
CB: Two things, yeah, we have video in the room, the TV on in the locker room, so yeah, we all saw it, looked at it and that was, in essence, it pretty much mirrored the discussion that occurred. Terrence Miles, our back judge, saw the contact, he saw what he saw, and threw on it. And then the discussion came in with respect to the ball and its location and the defender who ultimately basically undercut the play and intercepted it at the, in essence, the middle to the front part of the end zone.

JP: Are you confident it was the right call?
CB: Yeah, in review, yeah. I think so. I’m pleased that…well, two situations. You never like to end the game with some controversy like that on a call, but I’m pleased that our officiating crew got together and communicated and discussed it and, ultimately, I believe we got it right. So that to me is the part that is coming away from it. I’m pleased that our crew was able to discuss it and make the call right.

MR: Is there anything else you want to mention?
CB: Nothing else.

Nothing else?  Not even Tom Brady’s passionate debate after the game?

If you still want to argue the call, Pats Pulpit has a spectacular breakdown of what happened on that play and why the officials made the call they made. 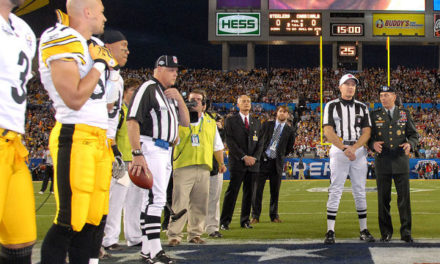 How to Get Ejected from an NFL Game 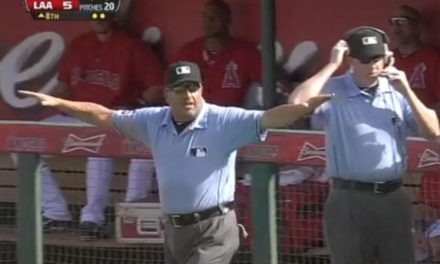 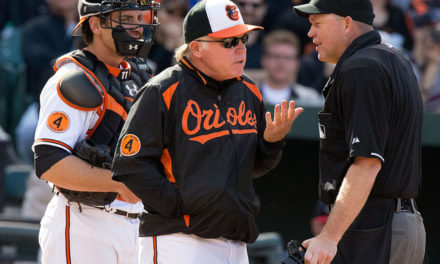