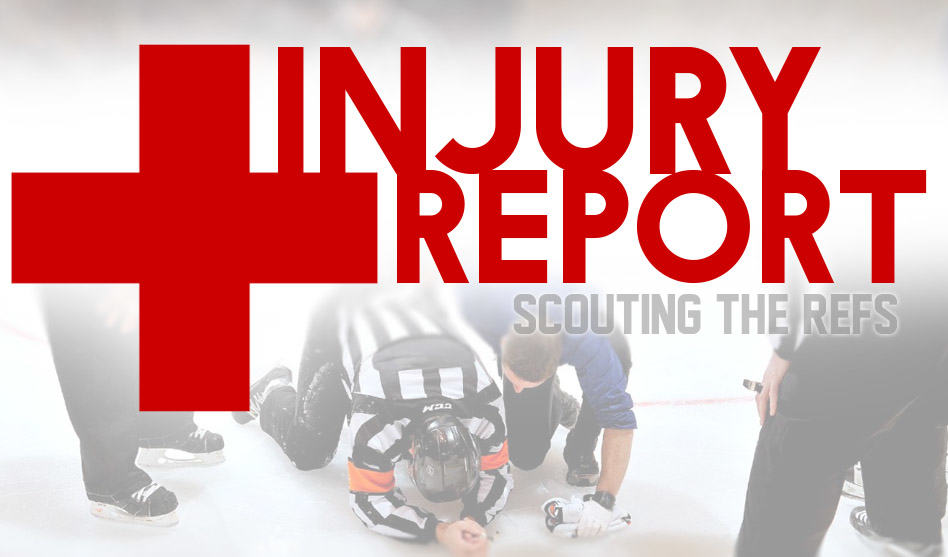 NHL players have had their share of injuries this season.  So have the officials.

Some have returned, others are still out, while a handful have yet to work a game this season.  Here’s an update on the NHL’s sidelines officials.

Referee Marc Joannette is currently out with a broken fibula. The veteran referee was tripped up accidentally during Wings/Bruins on November 30.

Linesman Andrew Smith was hit in the leg by a clearing attempt at Blues/Stars on November 21. He has yet to return to action.

Injured linesman Mark Shewchyk returned to action on November 26, taking the ice for Pens vs. Isles. He left a November 18 game between the Sharks and Blues after the second period due to an unspecified reason.

Referee Gord Dwyer suffered a lower body injury at Flyers/Panthers on October 23, checking back in for action on November 11.

Referee Francis Charron has only officiated eight games, missing some time due to foot surgery. He was out of the lineup from October 29 until November 20.

Also missing a chunk of time was linesman Travis Gawryletz. He worked his first game of the season on October 13, with his second game coming on November 7. No word on the reason for his absences.

A handful of officials have yet to work a game this season.  Some missed all of 2020-21 as well. Here are the officials currently out of the lineup.  No further information has been provided by the league.

Referee Chris Lee, recovering from a knee injury, has not officiated a game this season.  He’s expected to return to action soon, per Renaud Lavoie.

No word on referee Jean Hebert, who’s been out since the start of the 2020-21 campaign. He last took the ice during the 2021 Stanley Cup Playoffs.

Linesmen Derek Amell and Greg Devorski have both been sidelined all season, for reasons that appear to have carried over from the prior year. Amell last officiated Game 5 of the 2020 Stanley Cup Final – missing all of last season – while Devorski worked just 4 games last year, his most recent coming on January 24, 2021 (Sabres/Capitals).  Devorski leads all active officials with 1,759 regular season games officiated; Amell is third with 1,497.  Devo has also worked the most playoff games of any active official – 227 – with Amell right behind him at 215.

The NHL blueline corps is also missing linesman Kory Nagy, who has yet to lace them up in 2020-21.

Wishing all of the NHL Referees and Linesmen a speedy recovery. 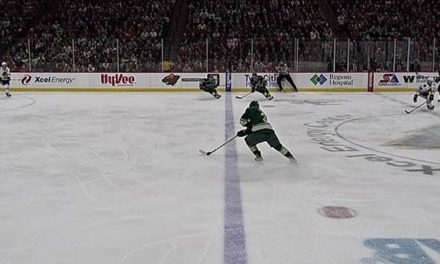 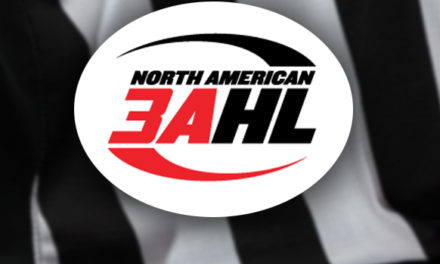 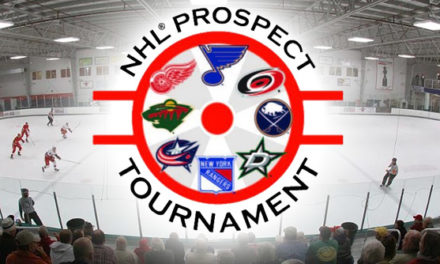 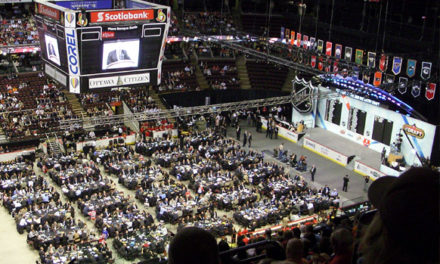