Communication is Key to Success for Officials, Players

Communication is the key to a good game, whether between teammates or between teams and officials.  The IIHF recently touched on the importance of open channels at the 2017 World Juniors.

The Swiss were controlling the puck on a power play in their opponents’ end of the rink when a Swiss forward started to establish position in the crease.

The referee to the side of the net called at him to move, which he did, and a moment later Damien Riat fired a shot through traffic that beat Jakub Skarek for a critical goal.

“We want to avoid stoppages where possible,” explained IIHF Officiating Manager Konstantin Komissarov. “As soon as the player established position, he was given a warning. Had he not listened, play would have been whistled and the faceoff taken place outside the blue line.”

This moment illustrates a key element of IIHF hockey—constant communication between players and officials, even while play is going on. This is unheard of in other sports and is, indeed, a part of the very nature of hockey where camaraderie and respect are essential to the success of game action.

“We are always trying to keep the players informed of how the officials see the game,” Komissarov continued. “This gives teams a better chance to create flow and scoring chances according to the rules. This is our job.”

Officials getting involved in the game can only help players do what they do best—play the world’s fastest game at their fastest pace. Linesmen and referees will always pick up a broken stick if they have a chance, or move a helmet or glove out of the way. Not only might it interfere with play to the detriment of flow, it is also a safety hazard.

On offside situations, you’ll hear the linesmen holler a warning, allowing players to know the call without having to look to the side for a linesman’s arm.

“Again, this is to eliminate unnecessary stoppages,” Komissarov said. “Using the voice is sometimes very important because players might not see a hand signal. It’s a fast game, and we want to keep it that way.”

“This is also a safety element,” Komissarov explains. “As soon as players know an icing call is in effect, they also know a set of rules apply to the process. It’s a warning to the attacking player to show respect to his opponent.”

Referees will often warn a player if he is in danger of incurring a holding penalty, telling a defender to “let him go.” If players are in a scrum in the corner trying to get a whistle, or not trying to play the puck, the near referee will tell players to, “move it!” in no uncertain terms.

“These warnings also act as a reminder to all players that the referee is nearby and sees what’s going on,” Komissarov continued. “We can communicate with players, but in the end we must call the game by the rules. If a player is penalized, he can’t be surprised.”

Goalies who are thinking of freezing the puck to quickly are also under the microscope. “Referees will tell them to play the puck, so if a goaltender hears this, he knows he is in danger of receiving a delay-of-game penalty.”

Another objective achieved through communication is to foster mutual respect, so the players know the officials and vice versa.

“We believe communication is critical,” Komissarov emphasized. “Players must know officials aren’t their enemies. They are there to help and to ensure the game is played within the rules.”

Talk to players after a game or during a quiet moment and they will all say that just as important as calling a game strictly by the rule book is to call a game consistently, from start to finish and from game to game. Communication helps create a rapport between everyone on ice and at the benches, and that in turn fosters a better-officiated game.

“This extends to coaches on the bench and general managers after the game,” Komissarov concluded. “Coaches will tell us they want eye contact with the referee for line changes, not just a raised hand, and this can be important for him to get the players he wants onto the ice nor not. Another situation is a penalty. Sometimes the referee will explain a call, and the coach appreciates this. The communication is meant to help play, not create confusion or confrontation. It’s all respectful and in the name of the quality of the game.” 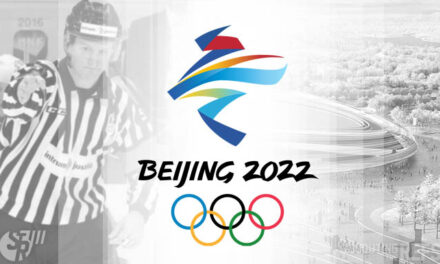 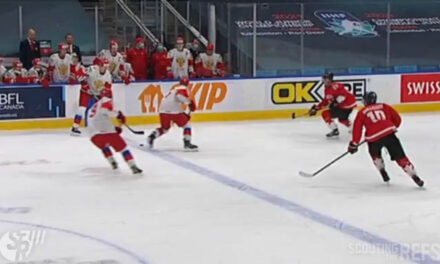 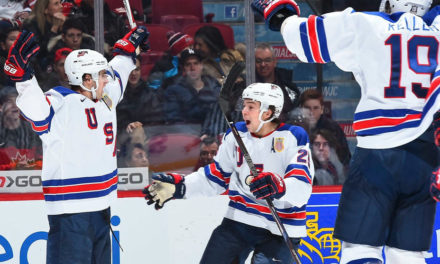 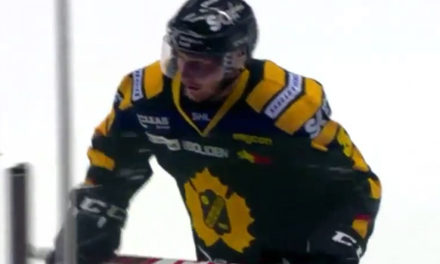